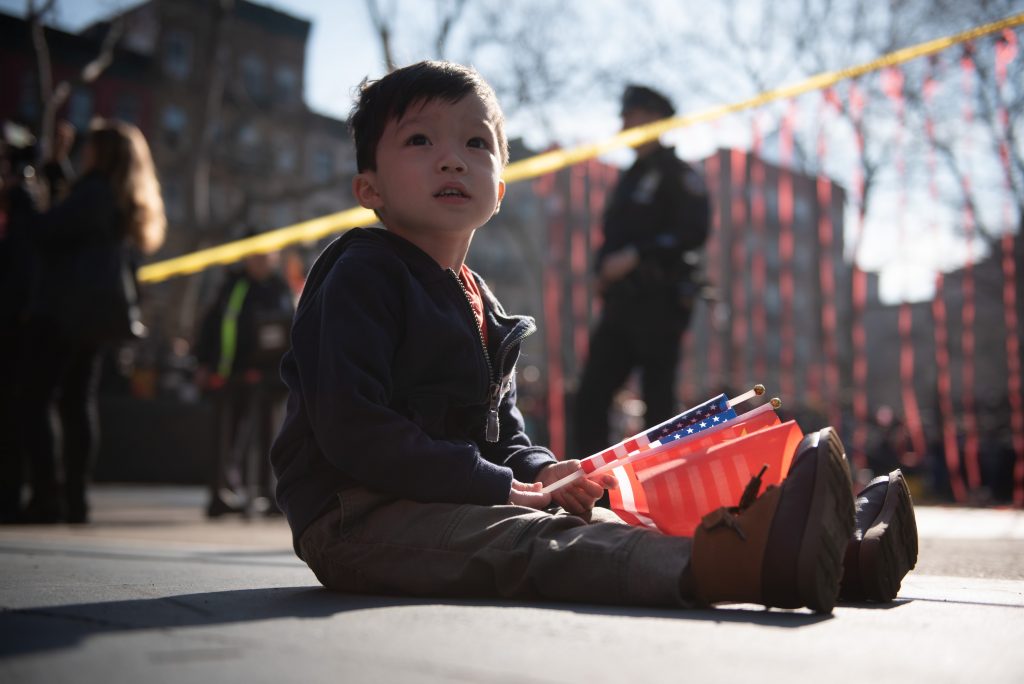 Violent hate crimes against Asian-Americans surged in 2020, most of them related to political attacks towards China over the coronavirus. Despite the distance between Wuhan, China and the United States, many Asian-Americans who originated all over the massive continent found themselves harassed and, in more serious crimes, violently attacked.

In recent weeks in New York, elderly Asian-American men and women have been stabbed and punched on public streets and on subway platforms by strangers with little warning, shocking and horrifying the public.

At his press conference on Tuesday, Mayor Bill de Blasio was joined by  Jo-Ann Yoo, executive director for the Asian American Federation, who said that the “Asian-American community has been reeling from the second pandemic of racism.”

“These attacks are reminders of my community suffering since last January, to tell you the truth, we are scared outraged and devastated by hate incidents against Asian New Yorkers,” she continued, noting that her organization has counted more than 500 incidents of harassment and violence since 2020.

NYPD Deputy Inspector Stewart Loo, Commanding Officer of the Asian Hate Crime Task Force, joined via videoconference. In 2019, Yoo said, there were 3 hate crimes against Asian-Americans. In 2020, with the coronavirus pandemic, there were 28.

The Asian Crime Task Force, which consists of 25 officers speaking 11 languages used by Asian communities in New York, is cooperating with the Hate Crime Task Force and the City Human Rights Commission to crack down on the criminals and preventing the attacks.

“It is absolutely unacceptable. And I will say, as we’ve seen this in the past directed at various communities, let’s be clear if you’re even thinking about committing a hate crime, if you dare to raise your hand against a member of our Asian communities, you will suffer the consequences,” said de Blasio. “We have the strongest efforts in this country to fight hate crimes. The NYPD is focused like never before on finding anyone who commits a hate crime and making sure they suffer the penalties they deserve for what they’ve done.”