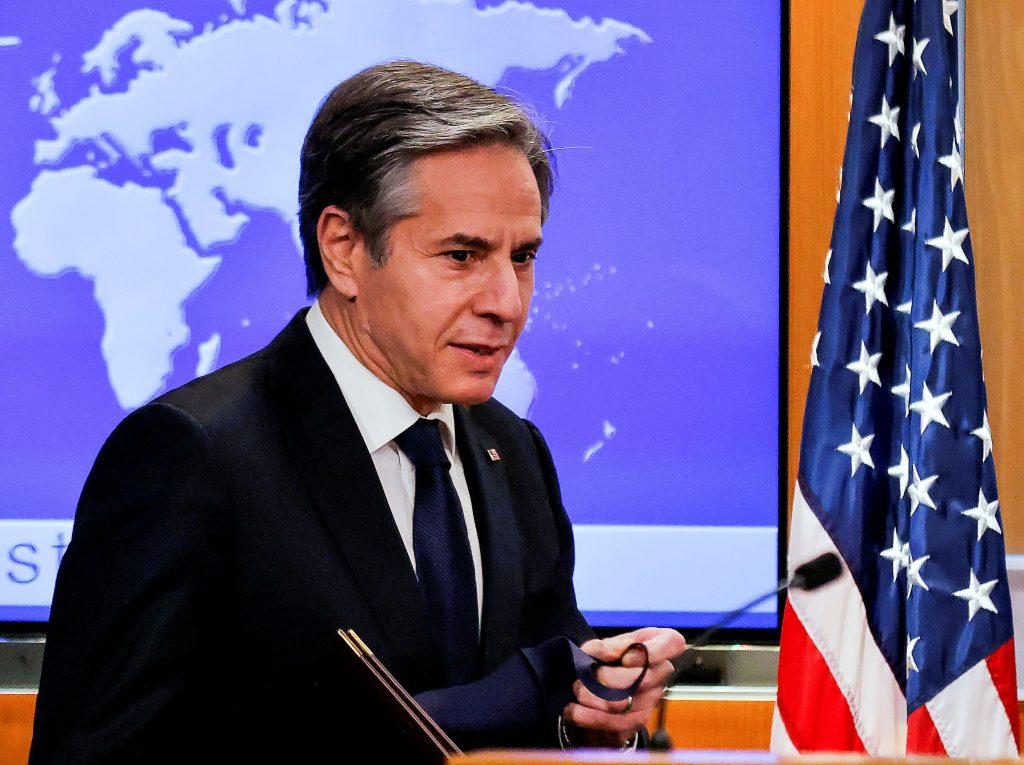 U.S. Secretary of State Antony Blinken told Foreign Minister Gabi Ashkenazi on Monday that a two-state solution to the Israeli-Palestinian conflict was best for the future of Israel, the U.S. State Department said.

Blinken “emphasized the Biden administration’s belief that the two-state solution is the best way to ensure Israel’s future as a Jewish and democratic state, living in peace alongside a viable and democratic Palestinian state,” the State Department said.

The two diplomats discussed the strong friendship between the nations and agreed to work together to meet the challenges ahead, including any anti-Israeli initiatives in the international arena.

Netanyahu presented pessimistic predictions, according to sources familiar with the conversation, claiming the Biden administration was rushing into an agreement with Iran and that Israel would struggle to make an impact on American policy.

Both Gantz and Ashkenazi reportedly disagreed with the prime minister and expressed optimism that Israel’s position would be heard in Washington, and advocate for dialogue and cooperation with the U.S.

The meeting ended with a decision to advance the establishment of a task force comprised of intelligence and diplomatic officials to work with their U.S. counterparts to promote Israel’s position, sources said.

Ministers agreed to share with the Biden administration intelligence obtained by Israel on any Iranian violations of the 2015 deal, hoping it would embolden the U.S. to toughen its stance in future negotiations with Tehran.