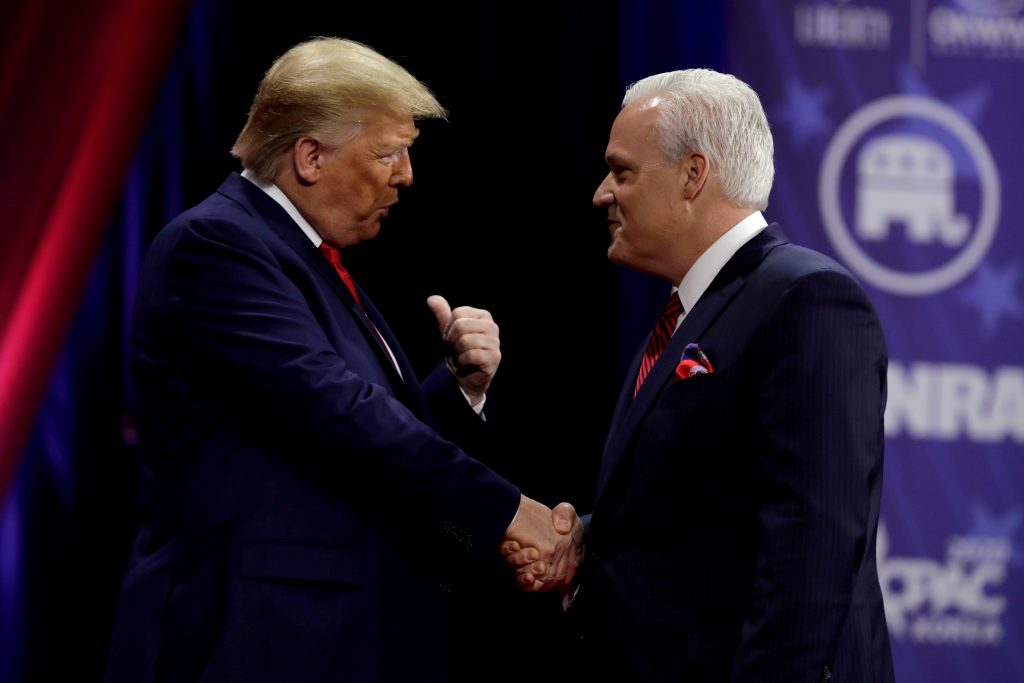 Former President Donald Trump is likely to dangle the possibility of running again for president in 2024 in his first major post-White House speech this weekend, the organizer of the conservative conference where Trump will speak said on Monday.

Matt Schlapp, chairman of the American Conservative Union, which hosts the Conservative Political Action Conference (CPAC) where Trump will speak on Sunday, said he expected Trump to outline an active role in Republican Party politics at the four-day event in Orlando, Florida.

“I’m not sure what he’s going to say about 2024 but I’m pretty confident he’s going to make it clear that it’s a very viable possibility,” Schlapp told Reuters.

A representative for Trump declined to comment on what he might say at the event. Trump has previously said he would consider running again for the presidency.

Trump has signaled that he intends to play a role in the 2022 midterm elections, which will determine if Democrats keep control of Congress, by supporting primary challengers to congressional Republicans who voted to impeach or convict him on a charge of inciting his supporters’ deadly Jan. 6 assault on the U.S. Capitol.

But talk of another White House run could have the effect of freezing the Republican field at a time when White House aspirants would be quietly gathering supporters. Other potential 2024 Republican candidates include Secretary of State Mike Pompeo and South Dakota Governor Kristi Noem, both of whom will also be attending the CPAC conference.

A straw poll of CPAC attendees on their 2024 preferences will add some buzz to the conversation at the end of the event on Sunday.

Trump spent two months after losing the Nov. 3 election to Democratic President Joe Biden claiming that his defeat was the result of widespread fraud, a campaign that ended in the Jan. 6 riot and turned some senior Republicans against him.

Establishment party leaders including top Senate Republican Mitch McConnell would like to put Trump in the rear-view mirror, while his supporters believe the energy he generates in the conservative base can help propel Republicans to victory in the 2022 midterm elections.

“Donald Trump is going to stay in the game and will be involved in primaries and he’s going to opine and he’s going to give speeches, and for establishment Republicans it puts shivers down their spine. They’re very concerned he’s going to continue to have an impact. My advice to them is to get used to it,” Schlapp said.

“He’s going to take a little bit of time before he starts making public comments,” Schlapp said of Pence.