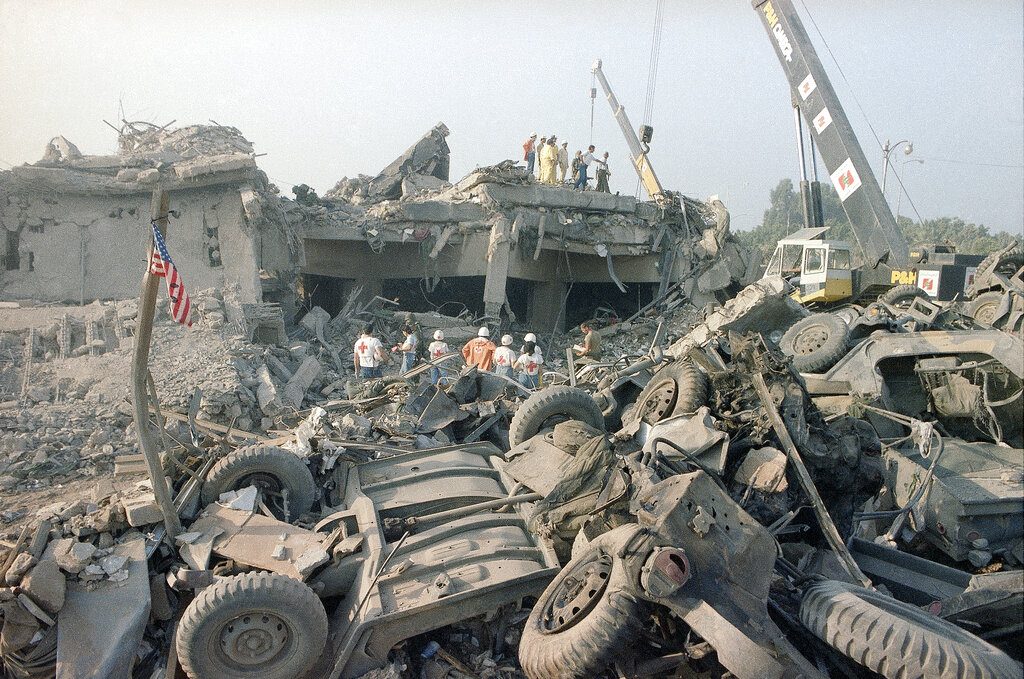 Anis Naccache, a former pro-Palestinian terrorist who participated in the 1975 kidnapping of oil ministers in Vienna, died Monday after battling COVID-19, a Palestinian official and Lebanese media said. He was 69.

Naccache, a Lebanese citizen, participated in attacks around the world but spent much of the past two decades running a Beirut-based think tank and frequently appeared on news shows as an analyst on Middle Eastern affairs.

A staunch supporter of the Palestinian cause, and in the past few decades the so-called Iran-led axis of resistance, Naccache last tweeted on Feb. 5 about the crisis over the formation of a new Cabinet in Lebanon.

Syria-based Palestinian official Khaled Abdul-Majid and Lebanese media outlets said Naccache died in a private hospital in the Syrian capital Damascus, where he had been undergoing treatment for days.

Born in June 1951, Naccache joined late Palestinian leader Yasser Arafat’s Fatah group (PLO) in the early 1970s and also collaborated with the Popular Front for the Liberation of Palestine.

Among those Naccache recruited while with Fatah was Imad Mughniyeh, who later rose to become Hezbollah’s top operative and the suspected mastermind of dramatic attacks on the U.S. Embassy and U.S. Marine barracks that killed hundreds of Americans in Lebanon in the 1980s. Mughniyeh was assassinated in Damascus in 2008 by a bomb planted in his vehicle in an attack attributed to Israel.

In the early 1970s, Naccache became a friend and associate of Venezuelan-born Ilich Ramirez Sanchez, a former political extremist known as Carlos the Jackal. In one of his most dramatic operations as a terrorist, Carlos led an attack on a meeting of the Organization of the Petroleum Exporting Countries in Vienna in December 1975. More than 60 people, including 11 OPEC ministers, were taken hostage and three people were killed. Naccache took part in the operation.

Years later, Naccache and four other men were convicted in the July 1980 attack in France on Shahpour Bakhtiar, Iran’s prime minister before the 1979 Islamic Revolution. Bakhtiar escaped injury but a policeman and a bystander were killed.

In 1990, France pardoned Naccache and his four accomplices were expelled to Tehran. His release had been demanded by Iran-backed terrorists who set off deadly bombs around Paris in 1986.