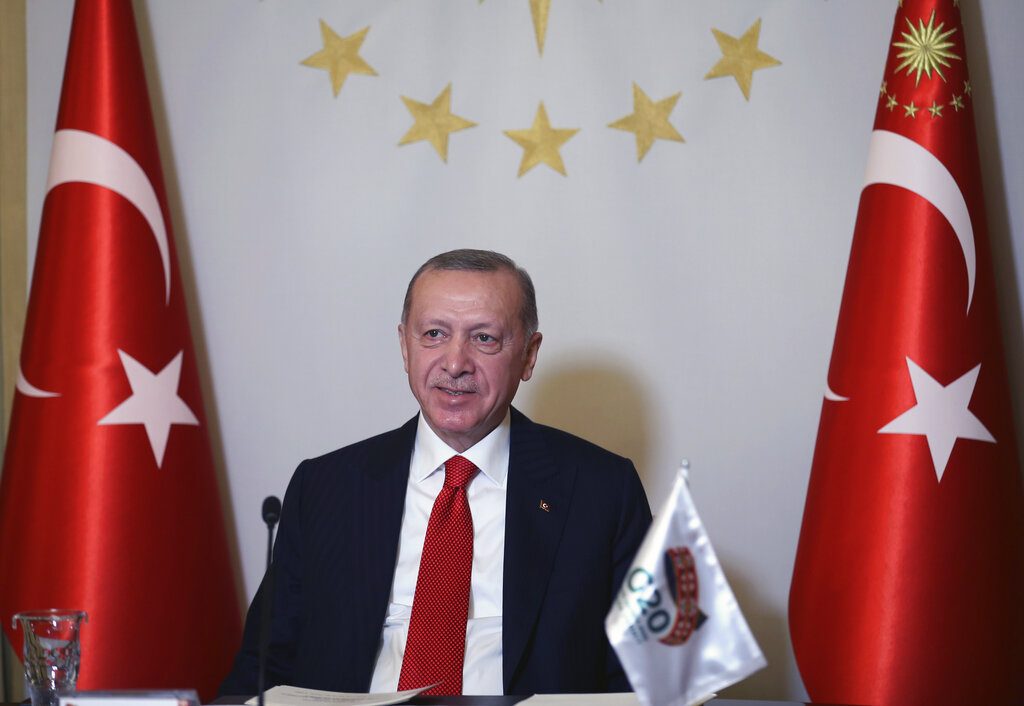 In a video message late Saturday, Turkish President Recep Tayyip Erdogan acknowledged that Turkish-American relations were “seriously tested” but stressed that their strategic partnership has “overcome all kinds of difficulties.”

Erdogan’s conciliatory tone follows his strongly worded accusations that the U.S. supported Kurdish militants, days after Turkish troops found the bodies of 13 Turkish hostages held by the Kurdistan Workers’ Party, or PKK, in a cave complex in northern Iraq.

Ankara has been infuriated by American support for Syrian Kurdish fighters in combating the Islamic State terror group, saying they are linked to the decades-long Kurdish insurgency in southeastern Turkey that the U.S. also lists as terrorists.

Erdogan said Saturday the U.S. did not give Turkey the “desired support and solidarity” in fighting the PKK and linked groups, demanding a “clear stance” from Turkey’s allies.

He also repeated the frustration over the continued U.S. residency of Fethullah Gulen, a Muslim cleric accused of orchestrating the bloody 2016 coup attempt. Turkey wants Gulen’s extradition. Gulen denies the allegations of links to the attempted coup.

“We believe our common interests with America far outweigh our differing opinions,” Erdogan said, adding that he wanted to strengthen relations through a “long-term perspective based on win-win.”

Erdogan’s video message was aired during the launch of a Turkish news channel in the U.S.