Hagaon Harav Eliezer Yehuda Finkel, shlita, Rosh Yeshivah, Yeshivas Mir in Yerushalayim, released a letter on Sunday, in which he calls on the bachurim of the yeshivah from abroad to stay in Eretz Yisrael over the Pesach bein hazmanim period, due to the current situation in which it is unknown if they will be able to return after Pesach due to the closed airports across the world, especially in Israel.

At the Mir Yeshivah, there are more than 2,000 students from overseas, and last year in an extensive logistical operation, the Mir managed to bring some of the bachurim back to learn in the yeshivah, but the fear is that they will not be able to return after Pesach. 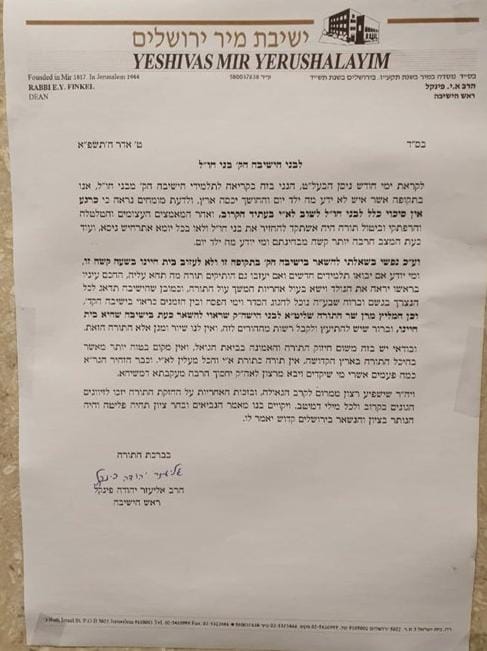 In his letter, Harav Finkel writes: “According to experts, it seems that at the moment there is no chance at all for foreigners abroad to return to Eretz Yisrael in the near future, and after the enormous efforts and the upheaval, and the bitul Torah as well as the difficulties that we had last year to bring the bachurim from abroad back to the yeshivah, miracles do not happen every day.

“The situation is much more difficult now and who knows what will happen as time moves on.

“And so my request is to remain in the holy yeshivah at this time and not leave the beis medrash at this difficult time. Who knows if new students will be able to come and if the old ones will also leave… The yeshivah will tend to all that is needed for the bachurim, and we hope we will be able to celebrate the Seder and the days of Pesach and bein hazmanim properly in the holy yeshivah.”

The Rosh Yeshivah noted that this was done with the consent of Hagaon Harav Chaim Kanievsky, shlita. 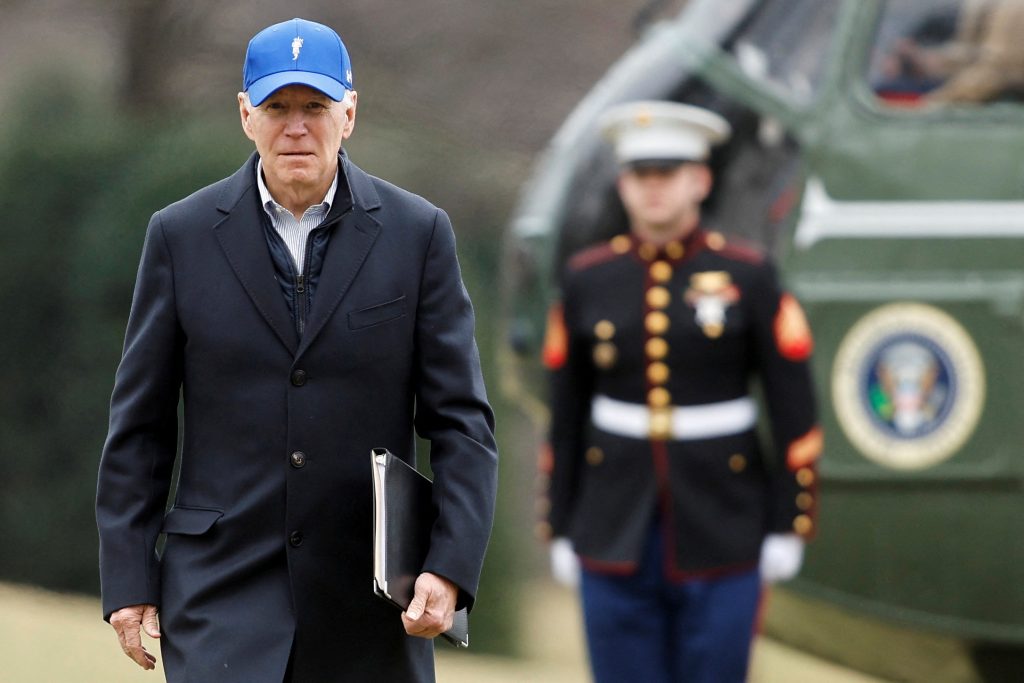