U.N. Nuclear Chief in Iran as It Threatens Watchdog’s Cameras

The head of the United Nations’ nuclear watchdog met Sunday with Iranian officials in a bid to preserve his inspectors’ ability to monitor Tehran’s atomic program, even as authorities said they planned to cut off surveillance cameras at those sites.

Rafael Grossi’s arrival in Tehran comes as Iran tries to pressure Europe and the new Biden administration into returning to the 2015 nuclear deal, which President Donald Trump unilaterally withdrew America from in 2018.

Iranian Foreign Minister Mohammad Javad Zarif, who under President Hassan Rouhani helped reach the nuclear deal, said the cameras of the International Atomic Energy Agency would be shut off despite Grossi’s visit to follow a law passed by parliament.

“This is not a deadline for the world. This is not an ultimatum,” Zarif told the government-run, English-language broadcaster Press news channel in an interview aired before he was to meet Grossi. “This is an internal domestic issue between the parliament and the government.”

“We have a democracy. We are supposed to implement the laws of the country. And the parliament adopted legislation — whether we like it or not.”

Zarif’s comments marked the highest-level acknowledgement yet of what Iran planned to do when it stopped following the so-called “Additional Protocol,” a confidential agreement between Tehran and the IAEA reached as part of the nuclear deal. The IAEA has additional protocols with a number of countries it monitors.

Under the protocol with Iran, the IAEA “collects and analyzes hundreds of thousands of images captured daily by its sophisticated surveillance cameras,” the agency said in 2017. The agency also said then that it had placed “2,000 tamper-proof seals on nuclear material and equipment.”

In his interview, Zarif said authorities would be “required by law not to provide the tapes of those cameras.” It wasn’t immediately clear if that also meant the cameras would be turned off entirely as Zarif called that a “technical decision, that’s not a political decision.”

“The IAEA certainly will not get footage from those cameras,” Zarif said.

The Vienna-based IAEA did not immediately respond to a request for comment on Zarif’s comments. The agency last week said the visit was aimed at finding “a mutually agreeable solution for the IAEA to continue essential verification activities in the country.”

There are 18 nuclear facilities and nine other locations in Iran under IAEA safeguards.

Grossi met earlier Sunday with Ali Akbar Salehi, the head of Iran’s civilian nuclear program. Iran’s ambassador to the IAEA, Kazem Gharibabadi, later tweeted that “Iran and the IAEA held fruitful discussions based on mutual respect, the result of which will be released this evening.”

Iran’s parliament in December approved a bill that would suspend part of U.N. inspections of its nuclear facilities if European signatories do not provide relief from oil and banking sanctions by Tuesday.

Already, Iran has slowly walked away from all the nuclear deal’s limitations on its stockpile of uranium and has begun enriching up 20%, a technical step away from weapons-grade levels. It also has begun spinning advanced centrifuges barred by the deal, which saw Iran limit its program in exchange for the lifting of economic sanctions.

An escalating series of incidents since Trump’s withdrawal has threatened the wider Mideast. Over a year ago, a U.S. drone strike killed a top Iranian general, causing Tehran to later launch ballistic missiles that wounded dozens of American troops in Iraq.

Zarif brought up the attacks in his interview with state media, saying the IAEA must keep some of its information confidential for safety reasons.

“Some of them may have security ramifications for Iran, whose peaceful nuclear sites have been attacked,” Zarif said. “For a country whose nuclear scientists have been murdered in terrorist operations in the past — and now recently with Mr. Fakhrizadeh — confidentiality is essential.” 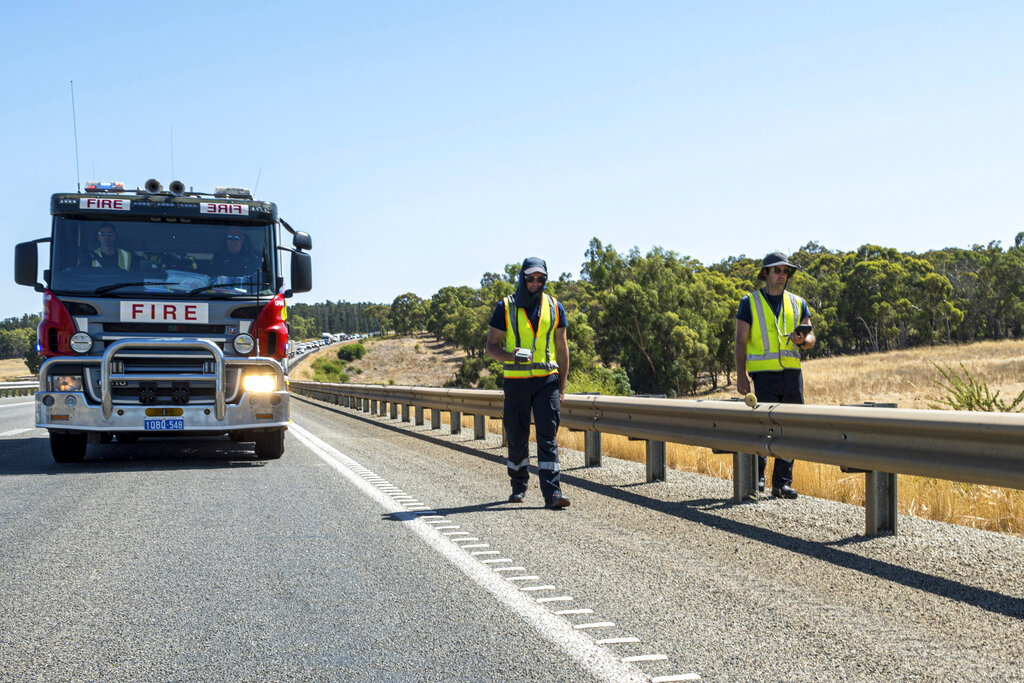