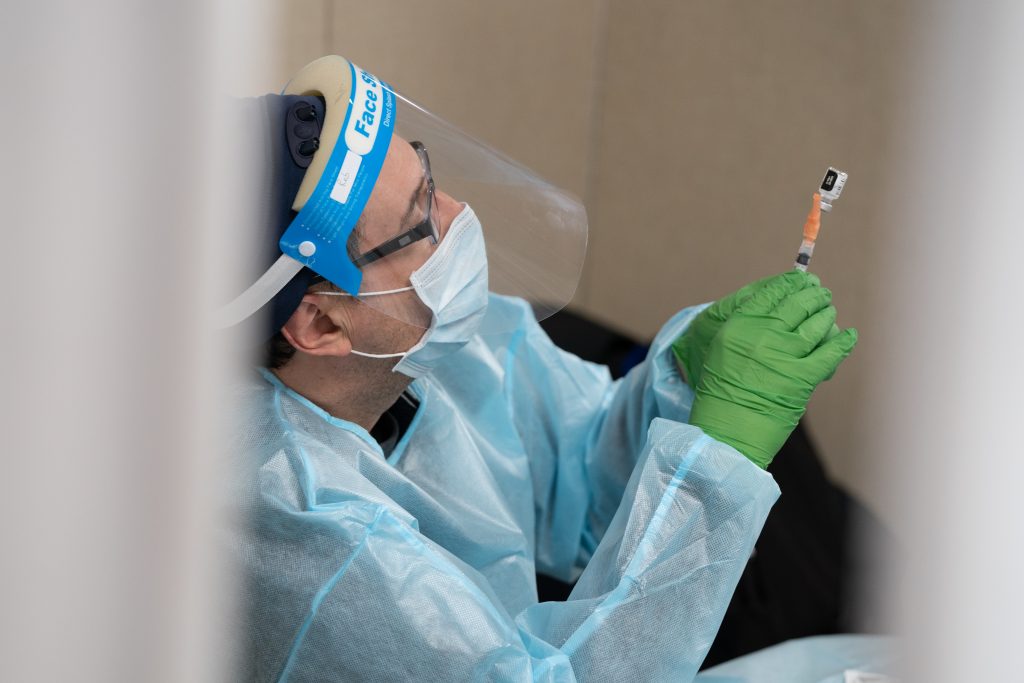 New York City has been forced to cancel or delay as many as thirty-five thousand vaccination appointments, as the federal supply is insufficient, the weather makes travel treacherous, and residents and medical centers alike struggle with the confusing system.

As of Wednesday, the city has less than 28,815 first doses available, and Mayor Bill de Blasio warned that the city may have to cancel appointments for the rest of the week. Even if the city has enough vaccines, an impending snowstorm on Thursday may delay federal shot shipments.

“So appointments we would have been putting up available to people right now, we have to hold them back because the vaccine hasn’t arrived,” de Blasio said.

The limited supply is exacerbated by the state’s decision to allow anyone above age sixteen with preexisting conditions eligible for a vaccine on Monday, rapidly expanding the eligibility pool by millions overnight.

All state-run mass vaccination sites but for four locations are fully booked through April 16.

“[We’re] in this ridiculous situation where we have massive ability to give people vaccination, we could be doing hundreds of thousands of more each week, and we’re running out of vaccine because we’re not getting what we need,” the mayor said at his press conference on Wednesday. “We need the federal government, we need the State government, we need the manufacturers to step up, produce more, make it easier for us to get it, give us our fair share, make the rules simpler.”

He urged the Biden administration to utilize the Defense Production Act to speed up manufacturing of the vaccines and supplies, and that the New York State and New York City supplies of vaccine arrive separately, as opposed to the city’s vaccines being transported within the weekly shipment for the state.

“The federal allocation to New York City is indirect, because it still has to require approvals from the State of New York. That’s slowing things down in many ways,” said de Blasio, who has publicly clashed with Governor Andrew Cuomo over the state’s rigid guidelines for who can be vaccinated, and when.

Further frustrating many attempting to reserve a vaccine appointment was the city’s difficult  and confusing online system. In an attempt to ease the reservation process, de Blasio announced the city had a new web portal, accessible in ten languages,  and has partnered with several healthcare providers to allow sign ups to their vaccine sites via the website.