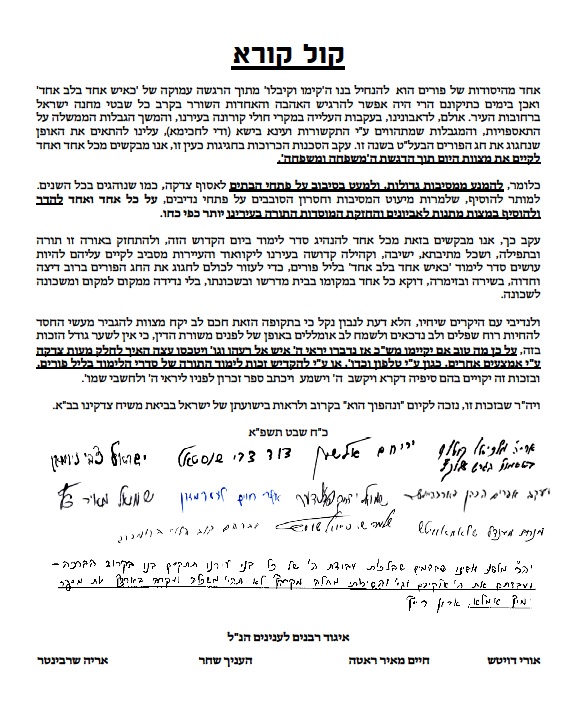 As the numbers of COVID infections remain high in Lakewood, a letter was released by the community’s leading Roshei Yeshivah and Rabbanim discouraging groups from traveling from home to home as well as large scale parties and the like.

The letter specifically discourages groups of bachurim circulating to raise money for their mosad or other tzedakah causes and urges yeshivos and shuls to use Purim night to organize a seder limud. It also discourages large scale gatherings and other activities that could contribute significantly to the spread of the virus or run afoul of the many legal guidelines put in place to minimize infection.

Last year, Purim celebrations, which fell out just as the COVID pandemic was beginning to take root in America, likely contributed a great deal to the virus’ spread. A week after Purim was when the state’s lockdown was put in place.

Last week, the county health department’s tally of reported COVID cases in Lakewood was 622, as high of a range as the community has seen since September.