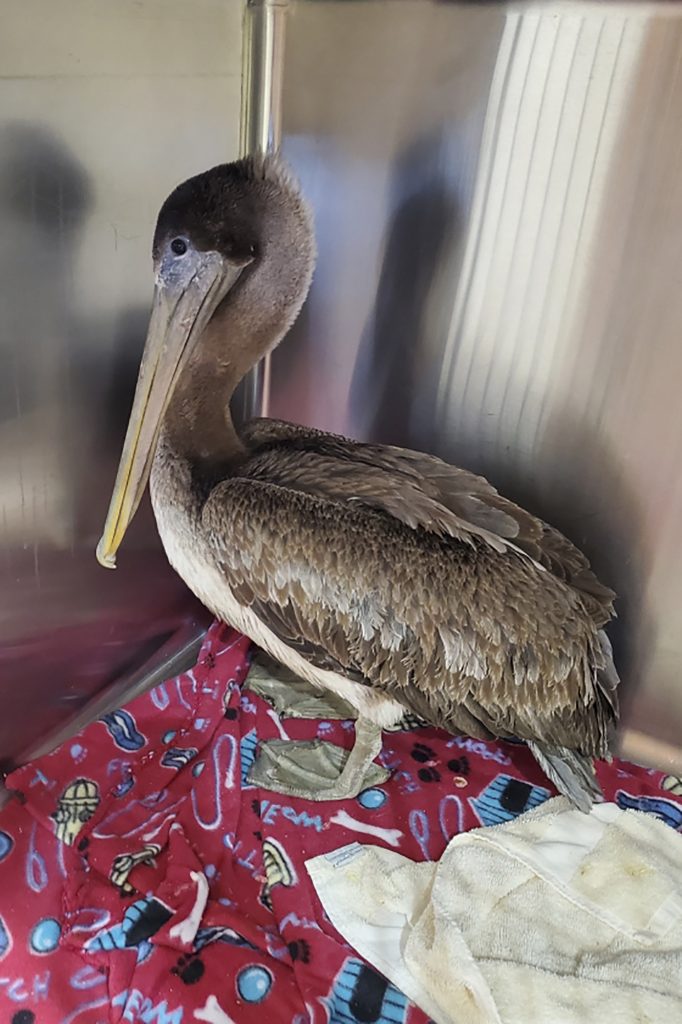 A pelican that got blown off course and was rescued in chilly Connecticut has been flown to Florida, where he is recovering from pneumonia and frostbite.

The brown pelican, nicknamed Arvy, was rescued from the icy Connecticut River on Jan. 27. The bird, whose species is not typically seen in the Northeast, was taken to a bird rehabilitation facility in Killingworth, Connecticut, suffering from severe hypothermia.

Cummings cared for the wayward bird nearly around the clock for about a week, feeding him fluids and food every three hours. The shorebird consumed some 4 pounds of fish daily with its 11-inch bill, Cummings told the New Haven Register.

Then on Thursday, volunteer pilots flew Arvy to his new home at Busch Wildlife Sanctuary in Jupiter, Florida, where he will continue recuperating until he is well enough to be released into the wild.

“Arvy looks good!” Stephanie Franczak, the sanctuary’s hospital director, told the Register. “His frostbite is minimal, but he has some wicked pneumonia from the cold. We will be providing fluid therapy, nebulizing treatments and supportive care while he is with us.”

His rescuers believe Arvy was blown north from Virginia Beach during a storm at sea.

“He is a Southern bird, he is not supposed to be north of the Carolinas and Virginia,” Carolina Young, spokesperson for the Florida sanctuary, told the Register. “I’m sure he was in shock when he was in that river.”