World NATO Sources: Foreign Troops to Stay in Afghanistan Beyond May Deadline
World 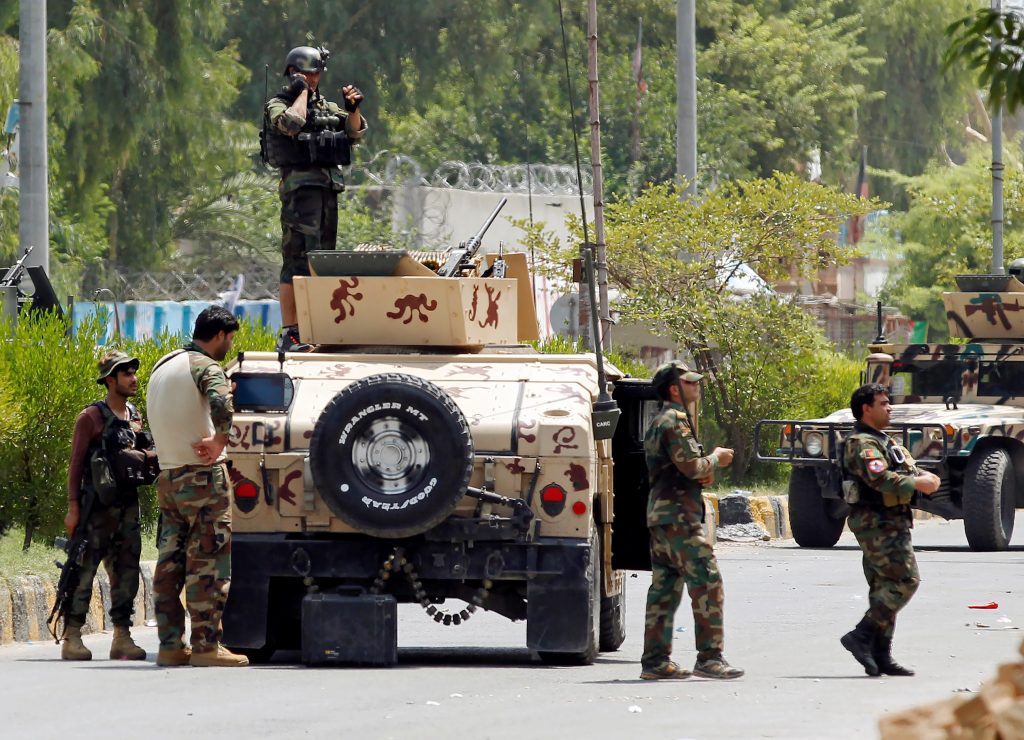 International troops plan to stay in Afghanistan beyond the May deadline envisaged by the insurgent Taliban’s deal with the United States, four senior NATO officials said, a move that could escalate tensions with the Taliban demanding full withdrawal.

“There will be no full withdrawal by allies by April-end,” one of the officials told Reuters.

“Conditions have not been met,” he said on condition of anonymity because of the sensitivity of the matter. “And with the new U.S. administration, there will be tweaks in the policy, the sense of hasty withdrawal which was prevalent will be addressed and we could see a much more calculated exit strategy.”

The administration of then-President Donald Trump signed an agreement with the Taliban early last year calling for the withdrawal of all foreign troops by May in return for the insurgents fulfilling certain security guarantees.

Trump hailed the accord – which did not include the Afghan government – as the end of two decades of war. He reduced U.S. troops to 2,500 by this month, the fewest since 2001.

Plans on what will happen after April are now being considered and likely to be a top issue at a key NATO meeting in February, the NATO sources said.

The positions of the North Atlantic Treaty Organization are becoming increasingly important after the alliance was sidelined by Trump, diplomats and experts say.

Peace talks between the Afghan government and the Taliban began in September in Doha, but violence has remained high.

“No NATO ally wants to stay in Afghanistan longer than necessary, but we have been clear that our presence remains conditions-based,” said NATO spokeswoman Oana Lungescu. “Allies continue to assess the overall situation and to consult on the way forward.”

She said about 10,000 troops, including Americans, are in Afghanistan. Those levels are expected to stay roughly the same until after May, but the plan beyond that is not clear, the NATO source said.

Kabul and some foreign governments and agencies say the Taliban has failed to meet conditions due to escalated violence and a failure to cut ties with militant groups such as Al Qaeda, which the Taliban denies.

The administration of Joe Biden, who replaced Trump on Jan. 20, has launched a review of his predecessor’s peace agreement.

A Pentagon spokesman said the Taliban have not met their commitments but Washington remained committed to the process and had not decided on future troop levels.

A State Department representative said Biden was committed to bringing a “responsible end to the ‘forever wars’… while also protecting Americans from terrorist and other threats.”

Afghanistan’s presidential palace did not respond to a request for comment.

The Taliban have become increasingly concerned in recent weeks about the possibility that Washington might change aspects of the agreement and keep troops in the country beyond May, two Taliban sources told Reuters.

“We conveyed our apprehensions, but they assured us of honouring and acting on the Doha accord. What’s going on, on the ground in Afghanistan, is showing something else. And that’s why we decided to send our delegations to take our allies into confidence,” said a Taliban leader in Doha.

A Taliban delegation this week visited Iran and Russia, and the leader said they were contacting China.

Although informal meetings have been taking place between negotiators in Doha, progress has stalled in recent weeks after an almost one-month break, according to negotiators and diplomats.

“No doubt that if the Doha deal is not implemented there will be consequences, and the blame will be upon that side which does not honor the deal,” he said. “Our expectations are also that NATO will think to end this war and avoid more excuses for prolonging the war in Afghanistan.”

NATO and Washington will have a challenge getting the Taliban to agree to an extension beyond May.

If the situation remains unclear, the Taliban may increase attacks, possibly once again on international forces, said Ashley Jackson, co-director of the Centre for the Study of Armed Groups at the British think tank ODI.

The lack of a resolution “gives voice to spoilers inside the Taliban who never believed the U.S. would leave willingly, and who have pushed for a ratcheting up of attacks even after the U.S.-Taliban deal was agreed,” she said.

A Feb. 17-18 meeting of NATO defense ministers will be a chance for a newly empowered NATO to determine how the process would be shaped, said one source, a senior European diplomat.

“With the new administration coming in there will be a more cooperative result, NATO countries will have a say.”