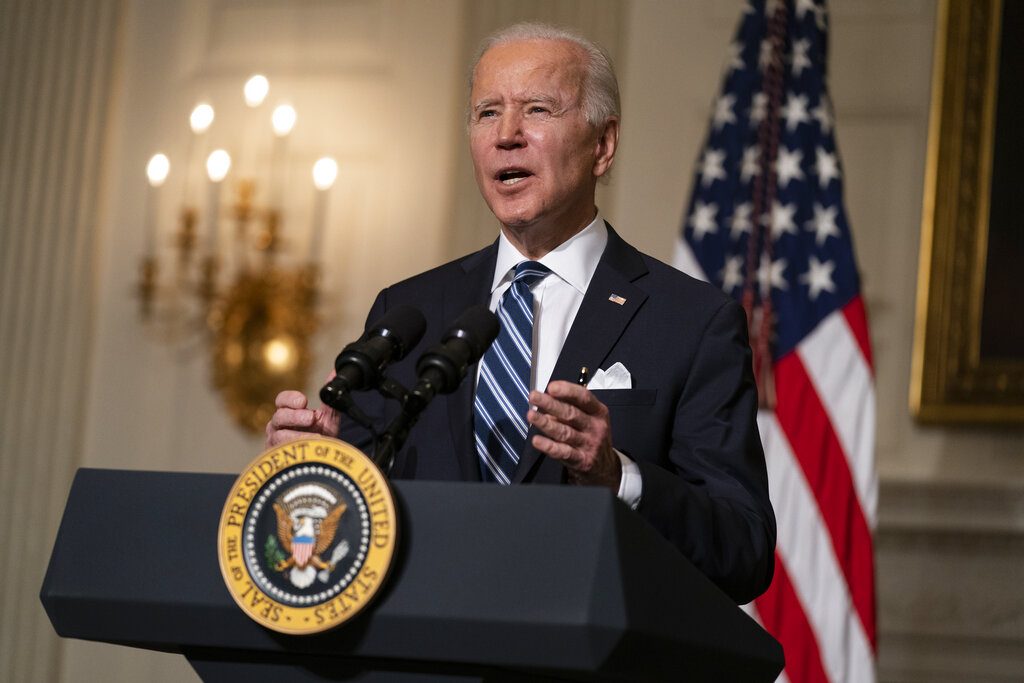 President Joe Biden will act Thursday to get more people health insurance in the middle of the raging coronavirus pandemic, a down payment on his pledge to push the U.S. toward coverage for all.

The White House said he would sign an executive order reopening the HealthCare.gov insurance markets, something the Trump administration refused to do. He’ll also move to start reversing other Trump administration policies, including restrictions on counseling and work requirements for low-income people getting Medicaid.

Biden has promised to build on former President Barack Obama’s health law to achieve his goal of health insurance coverage for all Americans, while rejecting the single government-run system that Sen. Bernie Sanders pushed for in his “Medicare for All” proposal. But Biden will need congressional approval for his more centrist approach, and opposition to “Obamacare” still runs deep among Republicans.

The most concrete short-term impact of Biden’s orders will come from reopening HealthCare.gov insurance markets as coverage has shrunk in the economic turmoil of the coronavirus pandemic. That new “special enrollment period” will begin Feb. 15 and run through May 15, the White House said. It will be coupled with a promotional campaign and a call for states that run their own insurance markets to match the federal sign-up opportunity.

Created under the Obama-era Affordable Care Act, the marketplaces offer taxpayer-subsidized coverage regardless of a person’s medical history, or preexisting conditions, including COVID-19.

Biden will also immediately reverse a federal policy that bars taxpayer funding for international health care nonprofits offering certain counseling or referrals. Known as the Mexico City Policy, it can get switched on and off depending on whether Democrats or Republicans control the White House.

Many of the regulatory and policy changes Biden is asking health officials to undertake aren’t likely to happen overnight because hastily written policies can be more easily overturned in court, as the Trump administration found out. Time and again, federal judges ruled that Trump officials ran roughshod over legal requirements for regulators, such as demonstrating they’ve considered different sides of an issue.

Biden’s nominee for health secretary, California Attorney General Xavier Becerra, has not yet been confirmed by the Senate, but the White House said that will not stop health agencies from immediately going to work on the president’s directives.

The idea of reopening Obamacare’s health insurance markets in the pandemic has had support from consumer groups, professional medical associations, insurers and business organizations.

The Obama-era health care law covers more than 23 million people through a mix of subsidized private insurance sold in all states, and expanded Medicaid adopted by 38 states, with Southern states being the major exception. Coverage is available to people who don’t have job-based health insurance, with the Medicaid expansion geared to those with low incomes.

Of some 28 million uninsured Americans before the pandemic, the nonpartisan Kaiser Family Foundation has estimated that more than 16 million were eligible for some form of subsidized coverage through the health law. Because of the ACA’s financial assistance, many are eligible for zero-premium coverage, and that’s expected to be a major selling point in the Biden administration’s promotional pitch.

Experts agree that number of uninsured people has risen because of layoffs in the coronavirus economy, perhaps by 5 million to 10 million, but authoritative estimates await government studies due later this year.