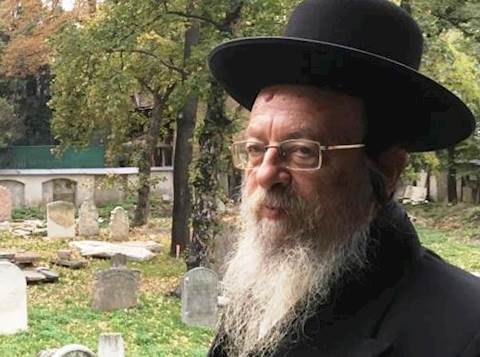 Harav Moshe Alexander Zusha Kinstlicher, zt”l, the chairman of the Zichron Institute for the Commemoration of Hungarian Jewry, who published many books on the heritage of Hungarian Rabbanim and Jews, passed away Monday night. He was 72 at his petirah.

Reb Moshe Alexander Zusha was born in France in 5709/1949 to his late father Harav Dov, the son of the noted Rav Zvi Kinstlicher, zt”l, the author of Be’er Zvi and Av Beis Din of Seben, Hungary.

He was a noted talmid chacham. In his youth he authored a sefer on the halachos of Erev Pesach that falls on Shabbos.

He also authored a phenomenal historic work, in which Reb Alexander Zusha traced the 800 children who were circumcised by the Chasam Sofer, zt”l: who they were, who their parents were and who their descendants were.

Over the years he said that of all the children whom the Chasam Sofer served as their mohel that he examined, not one turned off the path of true Yiddishkeit.

He also founded the Zichron Institute for the Commemoration of Hungarian Jewry in which he found and reprinted works of many Hungarian Gedolim.

He is survived by many children and grandchildren.