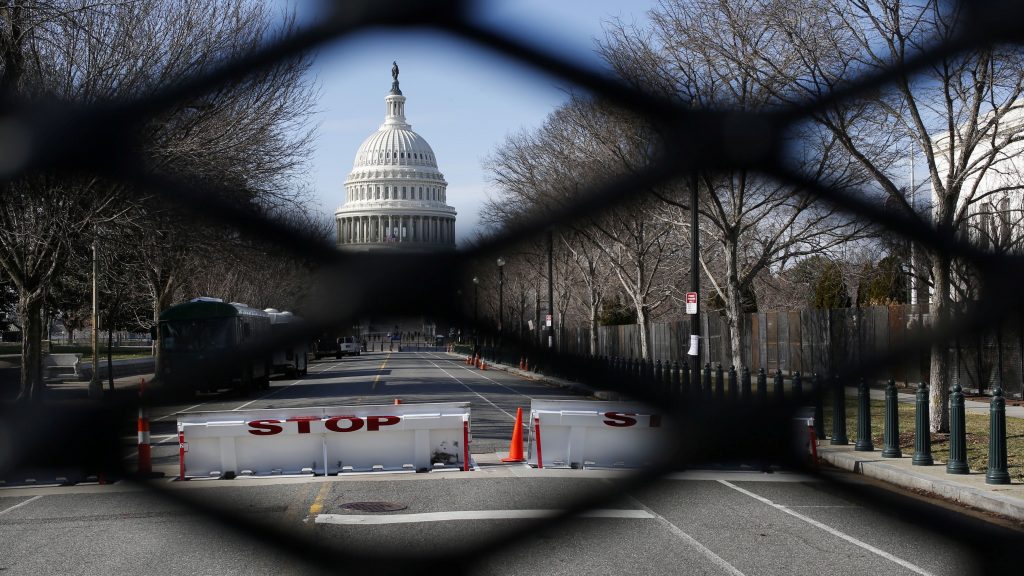 Washington, D.C., was locked down and U.S. law enforcement officials geared up for pro-Trump marches in all 50 state capitals this weekend, erecting barriers and deploying thousands of National Guard troops to try to prevent violent attacks.

Michigan, Virginia, Wisconsin, Pennsylvania and Washington were among states that activated their National Guards to strengthen security. Texas closed its Capitol through Inauguration Day.

In downtown Washington, officers arrested a Virginia man who tried to pass through a Capitol Police checkpoint on Friday carrying fake inaugural credentials, a loaded handgun and more than 500 rounds of ammunition, CNN reported on Saturday, citing a police report and a law enforcement source.

Capitol Police officials could not immediately be reached for comment.

Responding to news of the arrest, Democratic Representative Don Beyer of Virginia said the danger was real and the city was on edge. “Anyone who can avoid the area around the Capitol and Mall this week should do so,” Beyer wrote on social media.

The scramble followed the deadly Jan. 6 attack on the U.S. Capitol in Washington.

The Democratic leaders of four U.S. congressional committees said on Saturday they had opened a review of the events and had written to the FBI and other intelligence and security agencies to find out what was known about threats, whether the information was shared and whether foreign influence played any role.

“This still-emerging story is one of astounding bravery by some U.S. Capitol Police and other officers; of staggering treachery by violent criminals; and of apparent and high-level failures — in particular, with respect to intelligence and security preparedness,” said the letter.

Law enforcement officials have trained much of their focus on Sunday, when the anti-government “boogaloo” movement flagged plans to hold rallies in all 50 states.

In Michigan a fence was erected around the Capitol in Lansing and troopers were mobilized from across the state to bolster security. The legislature canceled meetings next week, citing concern over credible threats.

“We are prepared for the worst but we remain hopeful that those who choose to demonstrate at our Capitol do so peacefully,” Michigan State Police Director Joe Gasper told a news conference on Friday.