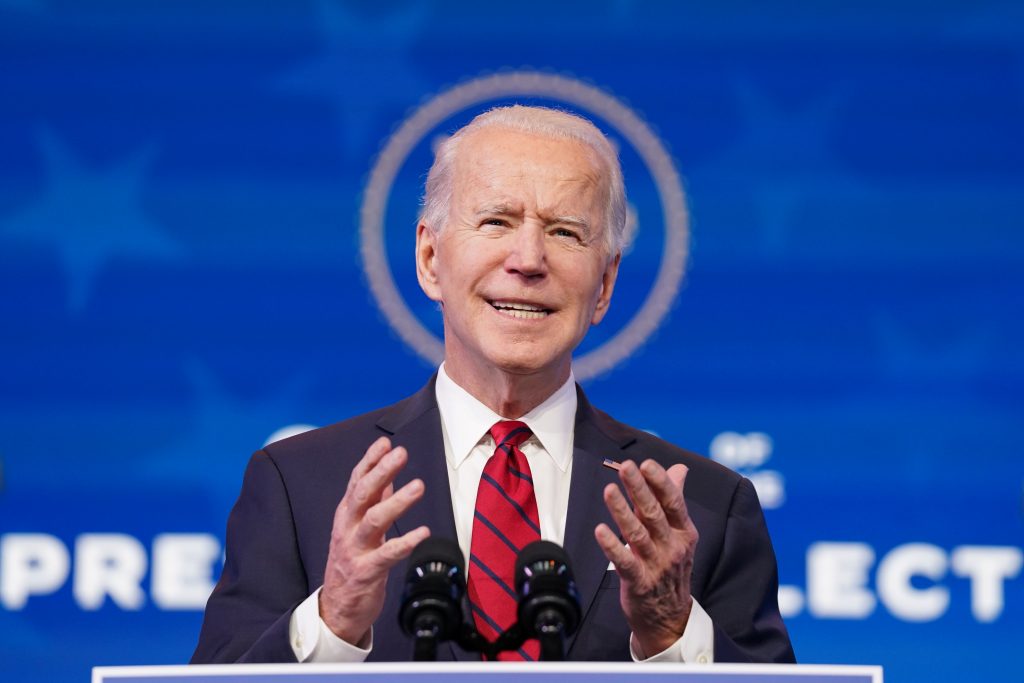 President-elect Joe Biden will cap a busy day of inauguration pageantry by using the powers of his new office to push policy changes on housing, student loans, climate change and immigration, a top aide said on Saturday.

Biden, who campaigned on a raft of promises to undo President Donald Trump’s legacy even before the novel coronavirus pandemic walloped the nation, will unveil “roughly a dozen” previously promised executive actions on Wednesday, incoming Biden chief of staff Ron Klain said in a memo distributed to reporters.

The actions to be taken on Wednesday include rejoining the Paris climate accords, reversing a travel ban on several majority Muslim countries, extending a pause on federal student loan payments, halting evictions and foreclosures, as well as mandating masks in inter-state travel and on federal property.

All of the measures were previously announced.

That measure, as well as Biden’s recent proposal for $1.9 trillion in spending on COVID vaccinations and economic stimulus, face uphill battles in a Congress narrowly controlled by Biden’s fellow Democrats.

A broader set of Biden’s “Day One” promises will be executed over the following nine days after inauguration, Klain said. Those measures include expanding COVID-19 testing and directing the government to favor American-made goods when it makes purchases.