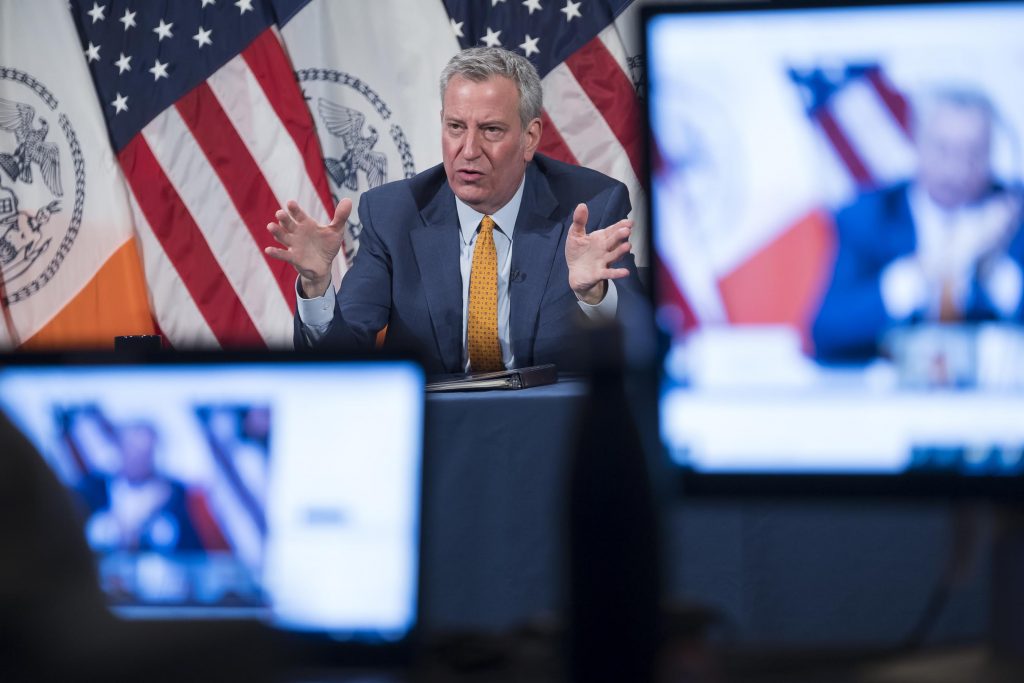 That would bring the city’s total budget hole to $10.5 billion since the beginning of the pandemic last March.

New York City officials announced the preliminary budget projections Thursday afternoon, with Mayor Bill de Blasio revealing that property-tax revenue is expected to drop a precipitous $2.5 billion, a loss he said would be offset by gains the city expects to see through increased income-tax revenue.

The overall fiscal nosedive is anticipated to be the worst financial hit the Big Apple has absorbed in modern history, but de Blasio appeared positive about the city’s long-term future given the increased likelihood of a federal stimulus package with Democrats in control of the White House and Congress.

“It’ll be a tough transitional year in 2021, and [there are] serious challenges we’ll have to deal with, but I don’t have a question in my mind about where we’re going,” he said. “I see tremendous energy that’s going to move us forward.”

De Blasio projected the next budget will total $92.28 billion, though the number is subject to change and is almost certain to be contingent on a federal stimulus package, the potential for an even bigger tax-revenue hit and how much money the fiscally strapped state government can provide to the city in aid.

“We have to build a foundation for recovery,” de Blasio said Thursday of his last preliminary budget. “What matters most? Unquestionably defeating COVID.”

To that end, the city plans to pour more money into vaccinations and testing, with the mayor predicting the $200 million already spent on those services during the current budget cycle would increase in the next one.

The city’s projections did not include aid it now expects to come from the federal government through a stimulus, but de Blasio noted that at least $1 billion in savings is assured through the next administration.

De Blasio appeared buoyed by news Thursday that President-elect Joe Biden intends to provide 100% reimbursements to local governments for COVID-related FEMA expenses. Currently, local governments are required to pick up 25% of that federal tab. Under Biden’s plan, the city would save an estimated $1 billion.

Biden announced the “American Rescue Plan” on Thursday afternoon, which injects $1.9 trillion in planned stimulus to help the economy and beat back the virus.

Andrew Rein, president of the Citizens’ Budget Commission, described the projected decline in property taxes as “historic,” saying it “strongly signals the long-term risks and hard road to recovery faced by key sectors and industries.”

“Unfortunately, nearly one year into the fiscal crisis, the city still has not substantially embarked on the significant restructuring and spending restraint needed to stabilize its long-run finances,” he said. “City-funded spending will increase 3.2 percent between fiscal year 2021 and fiscal year 2022.”

Despite such concerns, de Blasio is cautiously optimistic that a generous stimulus from Washington could soon help balance the city’s tottering budget.

”There’s a lot still to navigate,” he said. “The will is there, but [there are] a lot of challenges to still get us to where we need to go.”