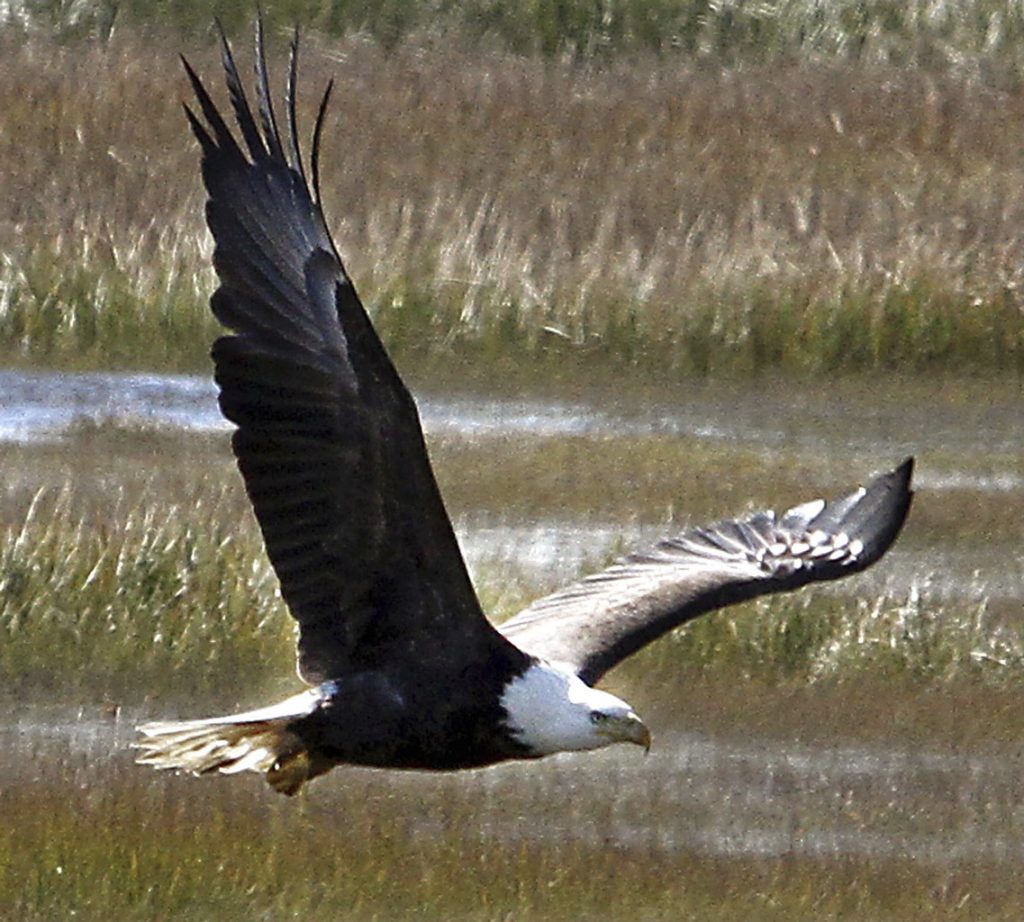 Nesting pairs of bald eagles were found last year in all 21 New Jersey counties, something never before documented in more than 40 years of monitoring by wildlife officials and volunteers, according to a report released Thursday.

The New Jersey Department of Environmental Protection released the report revealing that researchers found a record 220 nesting pairs of eagles that produced 307 young last year. An additional 28 pairs were tracked at nests but did not lay eggs.

The report is in line with a well-established trend of recovery in the bald eagle population nationally, which was critically endangered in the 1970s and 1980s because of habitat destruction and the widespread use of DDT.

“It is fitting that the bird honored as the symbol of our nation continues expanding its presence in the state that became the crossroads of America’s quest for freedom and independence,” said Catherine McCabe, environmental commissioner.

A record 36 new eagle nests were found last year, including 22 in south, seven in north and seven in central New Jersey.

Essex was the last county to have resident eagles. About half the eagle nests are found in Cumberland, Salem and Cape May counties, close to Delaware Bay and its tributaries.

New Jersey had just one surviving bald eagle nest in the 1970s and 1980s as a result of widespread use of DDT, which caused eagles to lay thin-shelled eggs that could not withstand incubation.