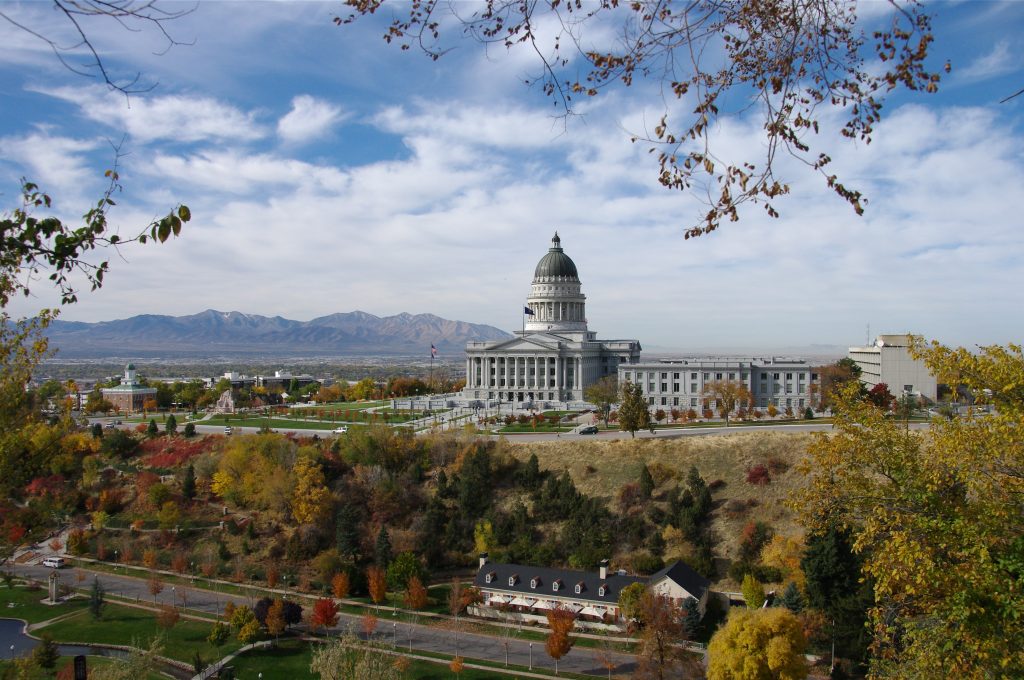 People waving Trump flags and holding “Stop the Steal” signs rallied at the Utah Capitol Wednesday as violent clashes broke out between supporters of the president and police in Washington, D.C., ahead of Congress’ expected vote to affirm President-elect Joe Biden’s victory.

The crowd of about 200 people in Salt Lake City crowded around a tv monitor on the steps of the Capitol in to watch the president give a speech promoting his claims of election fraud at a rally in Washington.

Colton Fiedler, 23, of South Jordan, said he was the first person to arrive at the statehouse at just before 9 a.m. in the hopes that the nation’s representatives in Congress would “finally find the courage to do the right thing.”

“I am a registered Republican, but I don’t know how much longer I will be,” said Fiedler, who was holding a Trump 2020 sign. “The Republican Party is dead as of this year. It is the party of Trump now.”

Another 300 supporters of President Trump gathered outside the Michigan Capitol as a joint session of Congress convened in Washington, D.C., to confirm the Electoral College vote won by Joe Biden.

The statehouse has been the scene of numerous protests the past year, some in support of Trump and others opposing measures taken by Michigan Gov. Gretchen Whitmer in response the coronavirus pandemic.