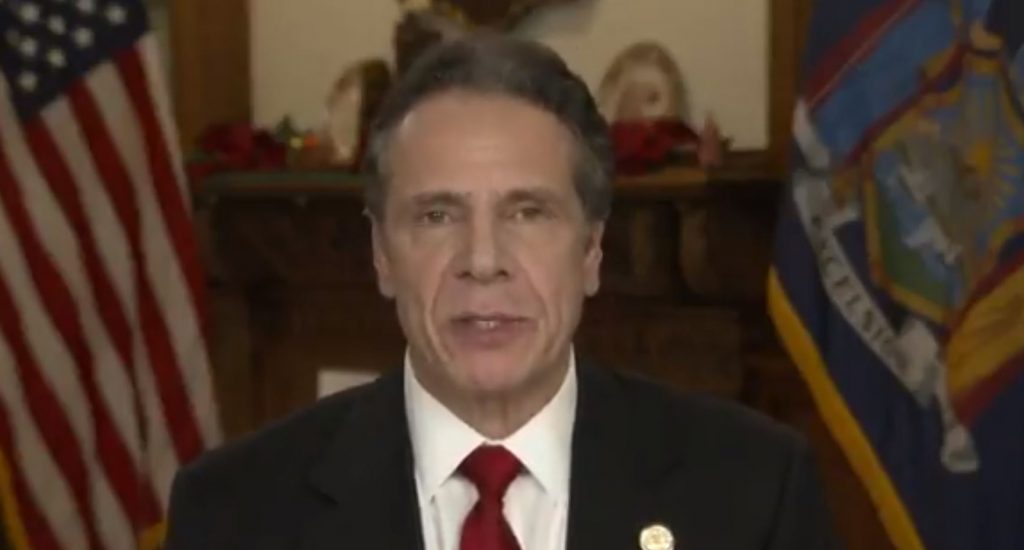 Gov. Andrew Cuomo said Sunday he won’t receive the coronavirus vaccine until the general public, including Black, Hispanic and poor New Yorkers in his age group, is able to receive it.

Cuomo made the pledge during recorded remarks to the congregation at Abyssinian Baptist Church.

“Race or income will not determine who lives and who dies,” he said. “I move around a lot and come into contact with many people and I would feel much safer if I took the vaccine, but I will not take the vaccine until the vaccine is available for my group in Black, Hispanic, and poor communities around the state.”

Health care workers and nursing home residents and staff are first in line for the vaccines currently being administered.

Cuomo noted that the pandemic has exposed racial disparities in the health care system, both in the availability of testing and the rates of infection and fatalities. Black people have died at double the rate of whites and Hispanics at one and a half times the rate, he said.

On Saturday, New York became the fourth state to report more than 1 million positive COVID-19 tests after California, Texas and Florida. The state reported 138 more deaths on Sunday, for a total of 30,476 since the pandemic began.