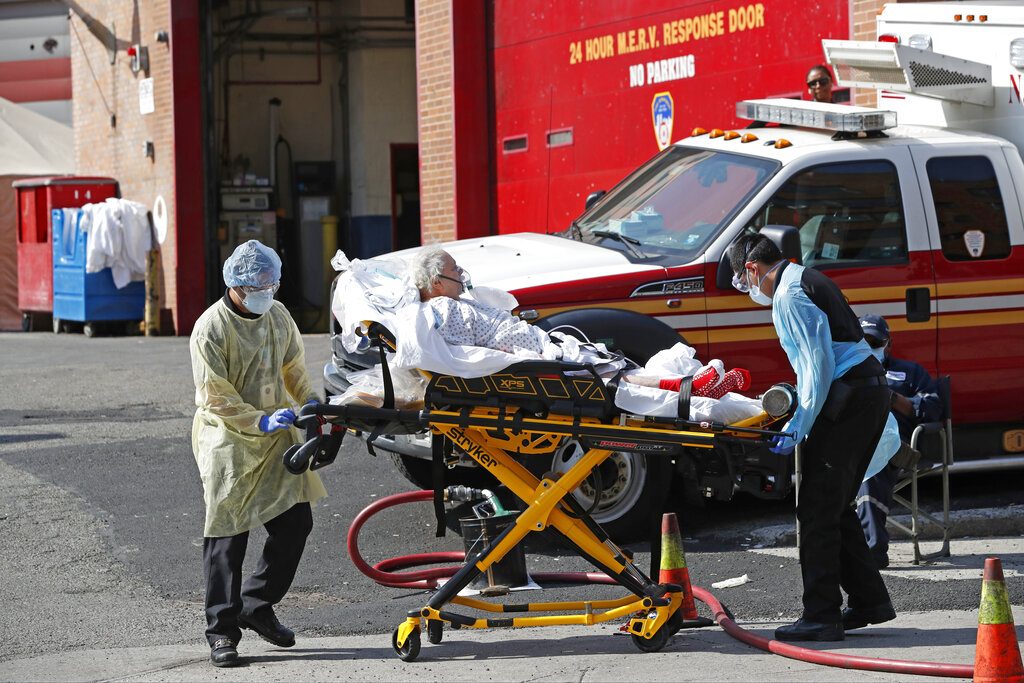 New York City’s coronavirus positivity and hospitalization rates have surged, but it is too soon to tell if it was caused by or simply correlates a sharp uptick of national travel.

Despite politicians and doctors pleading, millions of people traveled for vacation and family visits between the end of November and late December.

“We very well might see a post-seasonal … surge, and as I’ve described it, as a surge upon a surge,” Dr. Anthony Fauci, director of the National Institute of Allergy and Infectious Diseases and a member of President Trump’s Coronavirus Task Force, warned in a media interview.

Now, the city faces the highest number of hospitalizations since May 8th, NBC New York reported. Across the state, there are currently 7,559 coronavirus patients in hospitals, and throughout the pandemic, hospital surges are a week or two ahead of a rise in deaths.

“[The numbers are] very much too high…[the] daily number of cases for COVID-19 on the seven-day average – today’s number, 3,390 – very high number,” warned  Mayor Bill de Blasio said at his Tuesday press conference. “We want to get under 550 – obviously, a long way to go to bring that back. And number three, current testing indicator and seven-day rolling average, again, affected by the unusual testing patterns last few days, but 7.45 percent is the number. The goal is to get back under five percent and go lower again.”

Additionally, de Blasio cautioned, “we should take these numbers with a grain of salt, because they don’t necessarily reflect the same trends as when we see more regular testing” as opposed to a higher number of tests than usual, taken by people prior to traveling or attending a party.

It is still too early to know if the numbers reflect a post-December surge. At his press conference on Monday, Governor Andrew Cuomo stressed there was still too little information.

“This is what the numbers say today, which we’re not quite sure what it means,” he admitted, “but we’re studying it. Statewide positivity ..8.3. That is an increase from the 5.9 seven-day average….This is a jump from Friday, Saturday, to Sunday…We have been talking about potential for spread during [gatherings and travel]. For it to go up in two days is dramatic and very, very fast, so we’re studying what the uptick in that number actually means…New York went from 5.8 to 8. Is that even possible? It’s statistically improbable.”

He noted that one explanation was that prior to the weekend, many people were testing as a precaution before traveling, while during and after the weekend only half that number of people were being tested, and possibly those who were more concerned about specific symptoms, rather than a broad concern. This may have skewed the samples and disproportionately representing the people who tested positive as the overall number being tested shrunk.

“So, it may very well be that, and that may be a national phenomenon that we’re seeing, but, we don’t know,” said Cuomo.  “[We’ll] see what the numbers say over the next few days, and that will explain if this is a circumstantial situation post-[weekend travel and gatherings], less people getting tested, and they have a higher positivity because the people who are getting tested are symptomatic, or was there spread pre-[weekend travel and gatherings] that’s actually is being evidenced now?”

The city is vaccinating at a rapid pace; 67,116 healthcare workers, paramedics and first responders, nursing home residents and staff have been vaccinated in New York City so far, with 12,515 on December 23rd alone.