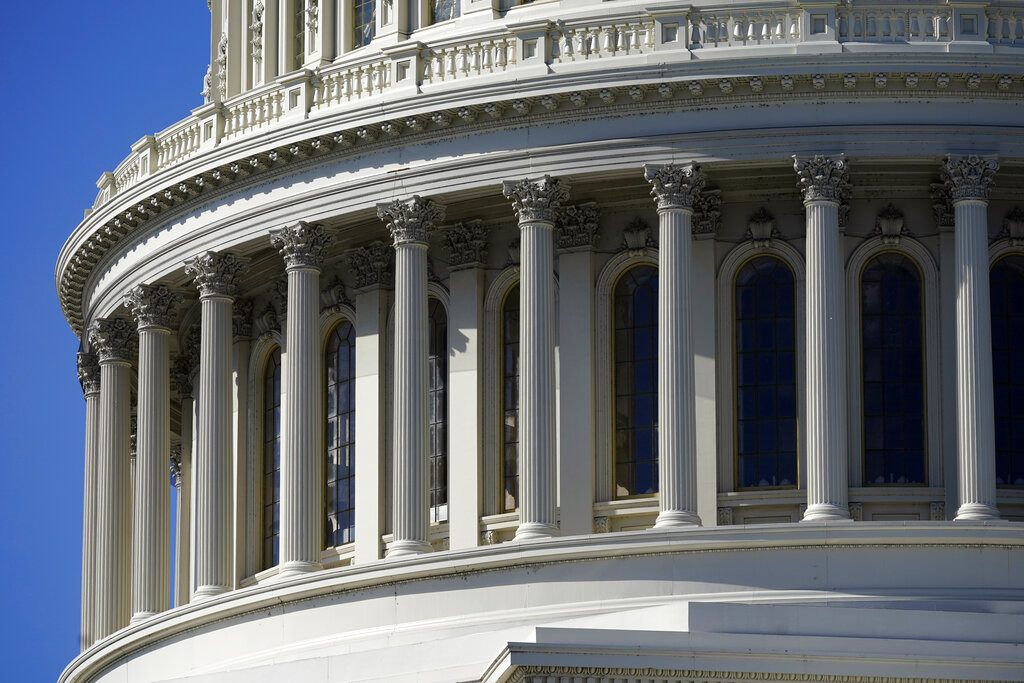 After months of bickering and political angling in Washington, Americans should soon begin to reap the benefits of the latest round of federal COVID financial relief. The funds are enumerated in a massive spending bill hastily finalized early this week by Congressional leaders in both houses and parties together with representatives from the White House.

The legislation, which is nearly 5,600 pages, has been noted to be one of the longest ever considered by Congress and will deliver over $900 billion in stimulus funding to individuals and a wide array of private and public sectors. Also attached to the bill is funding for federal agencies and a wide array of items that were attached as often occurs with large spending packages. Among these add-ons is a major increase in a security funding program heavily used by Jewish institutions.

The bill contains several items of specific interest for the Orthodox community, including some adjustments made based on lessons learned from the on-the-ground shortcomings of the CARES Act, which passed shortly after the novel coronavirus outbreak set in.

For advocates representing the needs of Orthodox Jews, a high priority was to ensure for funds to be made available to assist private schools through revenue losses and increased operating costs associated with the pandemic.

The result was $2.75 billion earmarked for non-public K-12 educational institutions. Previous stages of federal COVID relief have also included funding to help private schools, yet in many areas money was held back by state governments and some school boards who found ways to prevent funding, which was delivered through Title One appropriations, from reaching private institutions and re-directing funds to public school systems. Guidance from the Department of Education directed such funding to go to private schools, but much of this was stymied by legal battles forged and won by several Democratic controlled states.

To address the problem, a broad coalition of private and parochial school advocates backed the present plan which earmarks a dollar amount of funds exclusively for non-public schools.

“This is a much better framework,” Rabbi Abba Cohen, Agudath Israel of America’s Vice President for Government Affairs and Washington Director told Hamodia. “The way [CARES funding for schools] was originally interpreted, we thought it would be fine, but that turned out not to be the case. One of our goals with this round was to make funding as seamless as possible and to make sure that state governments couldn’t find a way to work around giving it to private schools.”

Efforts to earmark funds for private schools, in which Orthodox advocacy and the Catholic Conference of Bishops played very significant roles, were met with significant opposition by some Congressional Democrats who wanted to mirror CARES funding and tie money to Title One eligibility.

“This was one of the main sticking points over the last two weeks,” said Rabbi Cohen. “It’s a big accomplishment that there was eventually a bi-partisan consensus to set aside the Title One approach.”

The funds can be used for a wide array of additional costs incurred by meeting legal requirements and public health guidance for continuing in-person instruction such as installing new ventilation systems, purchasing masks and sanitizer, conduction testing, and the like. It can also be applied to reimburse the schools for past costs of such expenses.

Nathan Diament, Executive Director for Public Policy for the Orthodox Union told Hamodia that both the amount of funds allocated and the means in which it was agreed to be made available were significant.

“It’s a historic dollar amount for non-public school funding, and it’s also historic that it was set aside exclusively for our schools,” he said.

Mr. Diament was confident that the present set up would create a better system for non-public schools.

“Now that it’s clearly set aside, it’s not likely this money will end up somewhere else,” he said.

Another item that played a significant role in helping both schools and a wide array of non-profit institutions weather the COVID storm were PPP loans designed to help organizations maintain payrolls during closures and times of decreased revenue.

The first rounds of PPP loans were only made available to organizations with fewer than 300 employees. Rabbi Cohen said that the condition had precluded some large school networks from qualifying for the funding. As such, his organization advocated to raise the amount to 500 employees. Yet according to preliminary reports on the bill’s text, no such change was made. Additionally, only organizations that can show a 30 percent loss will be eligible.

Another component which helped some organizations was a clause that allows employers to receive a credit for social security taxes in order to retain employees. The clause was part of the CARES Act and has been preserved in the present legislation.

As with other sectors of society, many in the Orthodox community who suffered financial losses, benefitted from the direct stimulus checks that were distributed last spring. The present legislation will award checks of $600 to individuals who earned less than $75,000 over the past year. A goal of advocates that was achieved is that checks should be awarded per person in a household, and not capped on a cash amount, making the payments more helpful to large families.

“A point we’ve made with a lot of programs like this is that they won’t mean much, especially for our community, if you don’t take family size into account,” said Rabbi Cohen.

Another item that Rabbi Cohen said his organization had focused on was to allow for more taxpayers to gain deductions for charitable donations. Recent changes to tax law have eliminated filing for charitable deductions for people who take a standard deduction and do not itemize their returns. Amid a bleak prognosis for organizations that depend on donations, the CARES Act allowed even those that do not itemize to take a deduction for $300 of their giving. Advocates had hoped to raise that limit to $1200 in the present bill, but the only progress made was to allow joint filers to file for $600.

The item likely to have the longest lasting effects on the Jewish community was one of many items attached to the bill with no direct connection to COVID relief efforts; a doubling of funds for the Nonprofit Security Grant Program (NPSG) putting the allocation for the coming year at $180 million. The NPSG awards grants of up to $100,000 to shuls, schools, and other nonprofits deemed high risk to help pay for measures such as locks, cameras, barriers, and other target hardening expenditures.

The grant program was first enacted largely at the urging of Jewish lobbying groups as part of a national post-9/11 response to heightened domestic terror threats. It was set at $25 million, but in subsequent years was gradually cut. Over the past decade, allocations have steadily increased and in 2018, amid rising anti-Semitic threats, the level of funding was raised to $60 million. Last past year it was set at $90 million.

Earlier this year, in the wake of lethal attacks in Jersey City and Monsey, Senator Charles Schumer (D-N.Y.) has proposed that funding be quadrupled, to $360 million a year. That proposal was approved in the House of Representatives earlier this year, but the $180 million figure is what emerged as a compromise with the Senate.

The legislation was approved by both houses of Congress late Monday and is on track to be signed into law by President Donald Trump.