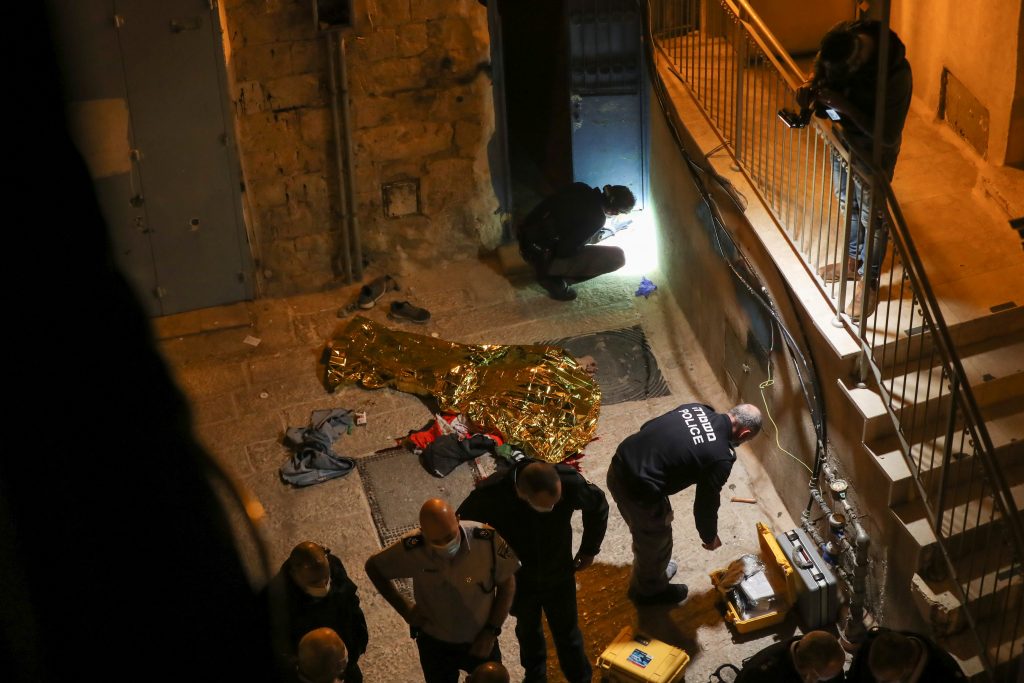 Israeli police shot and killed a man who had opened fire on them with a makeshift submachine gun in Yerushalayim’s Old City on Monday night.

The suspect approached a group of officers at a guard post at Lion’s Gate, brandishing the weapon. He then fled the scene, with the police chasing him, and the man shooting at them, police said.

None of the officers was hit, though one was lightly injured as he tripped and fell during the chase.

The police officers opened fire on the suspect, killing him. The gun was recovered at the scene.

The area was subsequently cordoned off.