Business Top Democrat, Republican in Congress say They are ‘Close’ to Vote on COVID-19 Deal
BusinessCoronavirus 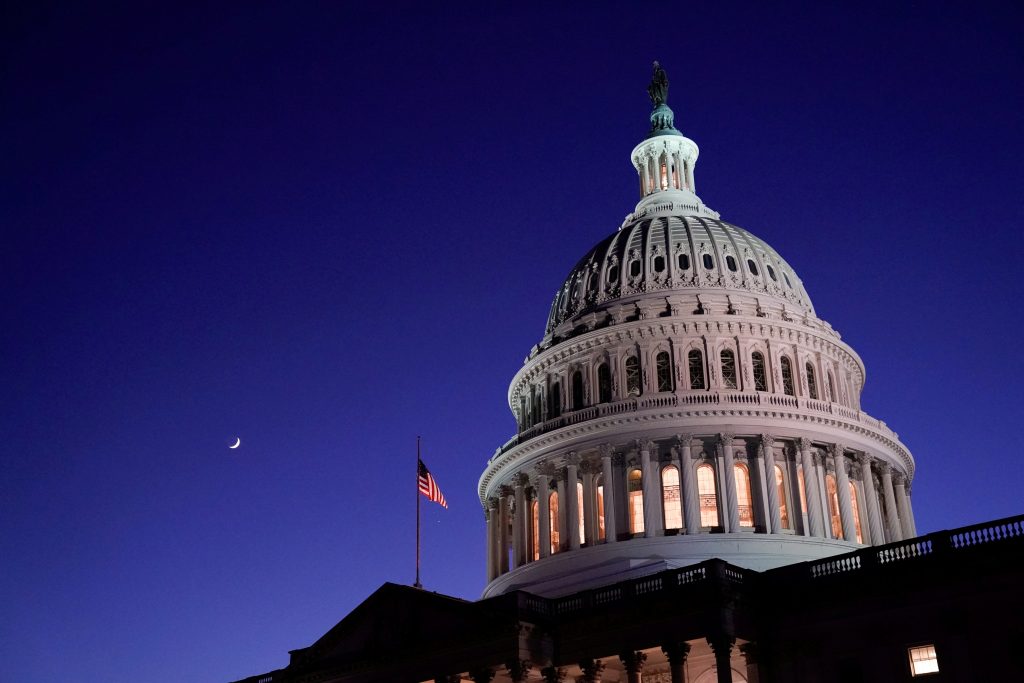 The top Democrat and top Republican in the U.S. Congress on Sunday said separately they believed they were “close” to a vote to pass a $900 billion package to provide the first new aid in months to an economy hammered by the pandemic.

Their remarks followed late-night negotiation in which senators from both parties struck a compromise to clear one of the final hurdles, a dispute over Federal Reserve pandemic lending authorities.

The package would give $600 direct payments to individuals and boost unemployment payments by $300 per week. Congress aims to include the coronavirus aid package in a $1.4 trillion spending bill funding government programs through September 2021.

But at least one senior senate Republican said there may not be enough time to pass the measures before a midnight deadline, potentially raising the need for yet another continuing resolution to keep the government operating.

U.S. House of Representative Speaker Nancy Pelosi, the chamber’s top Democrat, told reporters on Sunday she wanted to give members some time to review the package before calling a vote.

“I think we’re close, we’re very close,” Pelosi said. “But we want to have members have enough time to review it all.”

Sources briefed on the matter told Reuters on Sunday the deal was expected to grant U.S. airlines $15 billion in new payroll assistance that will allow them to return more than 32,000 furloughed workers to their payrolls through March 31.

The deal would also include $1 billion for passenger railroad Amtrak, $14 billion for public transit systems and $10 billion for state highways, one of the sources said.

The House of Representatives went into session at noon but quickly went into recess, telling lawmakers to stay nearby and expect votes.

Senator John Cornyn, a Republican, said he worried lawmakers would not have enough time to review the deal and vote on it by midnight.

“I think it’s doubtful, would be my guess,” he said.

Senator Pat Toomey, a Pennsylvania Republican, had insisted on language that would guarantee that the central bank could not revive emergency lending programs for small businesses and state and local governments after Dec. 31, when they expire under the CARES Act COVID-19 relief legislation passed in March.

Republicans had said the programs are an unnecessary government interference in private business that politicizes the Fed. They accused Democrats of seeking to extend them into 2021 as a backdoor way to provide unchecked funds for state and local governments controlled by members of their party.

Democrats in turn accused the Republicans of trying to tie the Fed’s hands in order to limit Democratic President-elect Joe Biden’s options for boosting the flagging economy after he takes office on Jan. 20.

The two sides agreed on language that would not allow the exact program currently in place to renew but did not block similar programs from being created.

In the 11 months since the first cases of the new coronavirus were documented in the United States, COVID-19 has killed more than 316,000 Americans, by far the most in the world, and put millions out of work, with unemployment rising. Economists say growth will likely remain sluggish until vaccines are widely available in mid-2021.