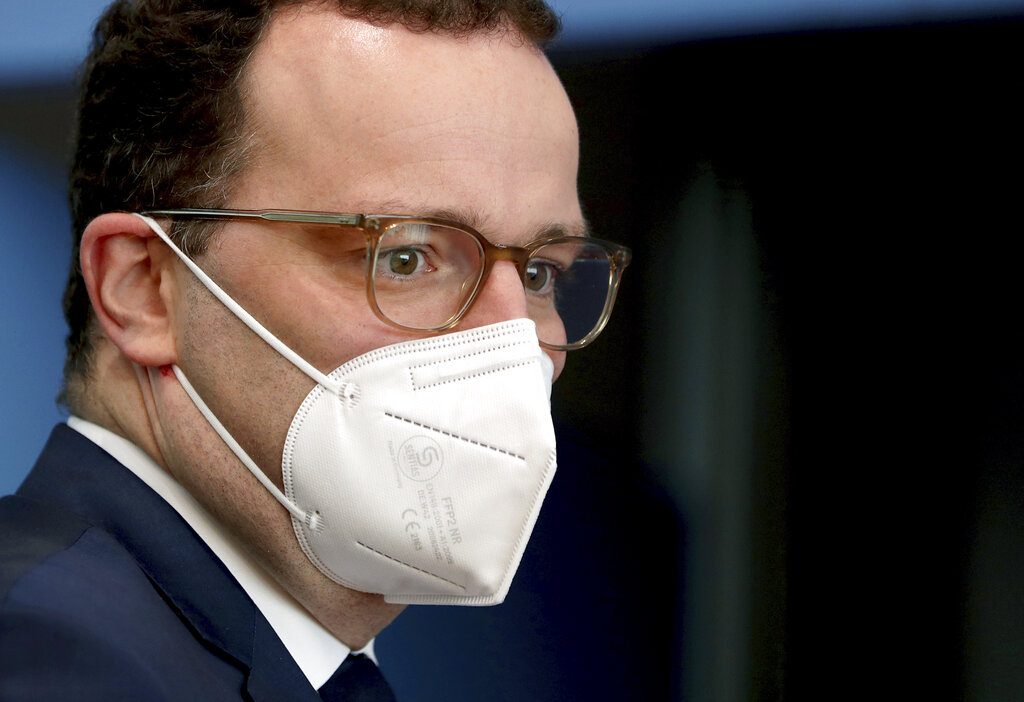 Germany’s health minister further increased the pressure on the European Union’s regulatory agency, demanding that it approve a coronavirus vaccine before the holidays, the dpa news agency reported Tuesday.
Spahn had already expressed impatience with the European Medicines Agency on Sunday, noting that Germany has created more than 400 vaccination centers and has activated about 10,000 doctors and medical staff and was ready to start mass vaccinations as early as Tuesday.
Spahn is pushing for a quick approval of a new vaccine developed by Germany’s BioNTech and American drugmaker Pfizer that has already been authorized for use in Britain, the United States, Canada and other countries. But Germany cannot use it because it is still waiting for approval by the EMA, which evaluates drugs and vaccines for the EU’s 27 nations.
Seeing hundreds of pictures of the same vaccine being given to people in Britain, Canada and the United States can only have been galling to the minister.
The EMA has scheduled a Dec. 29 meeting on vaccines and the head of the agency, Emer Cooke, said Monday that his team is already working “around the clock.” Cooke added, however, that the timeline for vaccine approval is constantly under review, a comment that suggests the date could change.
Part of the problem could be that the EU is seeking to kick off vaccinations in all of its nations at the same time, and Germany could be more prepared than others.
Spahn’s growing anxiety comes as Germany has been hitting records of new daily infections and virus deaths in recent weeks.
Spahn’s ministry says Germany is ready to give 3 million to 4 million BioNTech vaccination doses in January and up to 11 million doses in the first quarter of 2021.
The country would be able to vaccinate up to 60% of Germany’s citizens by the end of the summer, Spahn said Monday night on public broadcaster ZDF. The World Health Organization has said around 60% to 70% of a population needs to be vaccinated to successfully tamp down the pandemic.