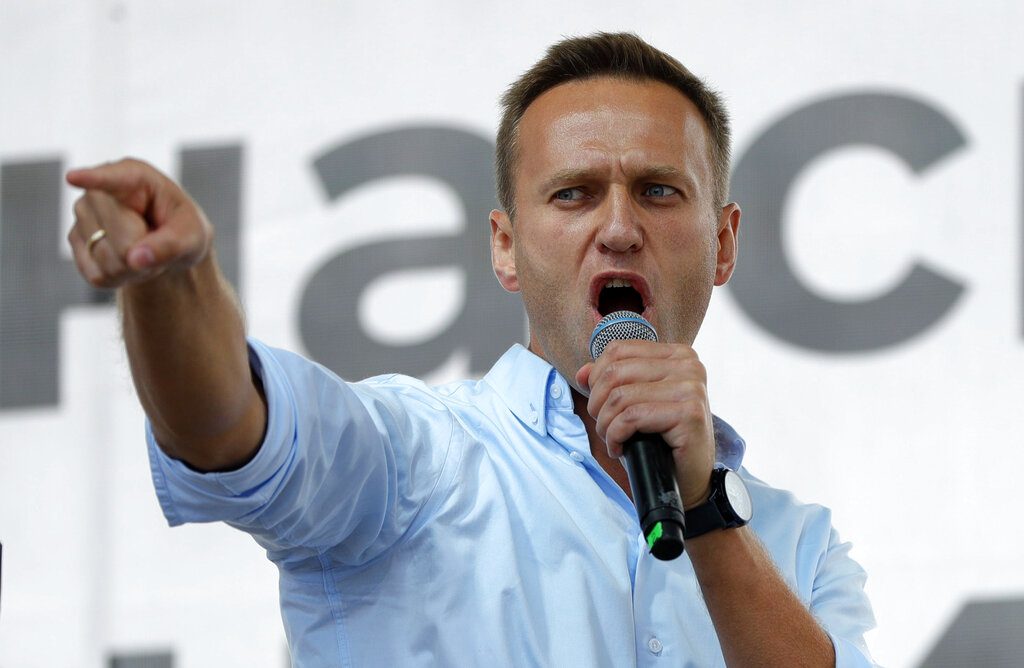 Kremlin critic Alexei Navalny declared his poisoning case solved on Monday after a joint media investigation said it had identified a team of assassins from Russia’s FSB security service as his would-be killers, who had stalked him for years.

There was no immediate comment from the FSB, the main domestic security successor to the Soviet-era KGB. The Kremlin has repeatedly rejected any suggestion that Russia tried to kill Navalny, one of President Vladimir Putin’s leading critics, who collapsed on a domestic Russian flight in August.

Navalny was airlifted for medical treatment to Germany after the incident, where he remains. German Chancellor Angela Merkel says he was poisoned with a Soviet-style Novichok nerve agent in an attempt to murder him, an assertion many Western nations accept.

Citing flight records and metadata and geolocation data from mobile phones, investigative website Bellingcat and Russian media outlet The Insider published results of a joint investigation on Monday carried out in cooperation with Der Spiegel and CNN.

The investigation named names and poison laboratories, and said FSB operatives “that have specialised training in chemical weapons, chemistry and medicine” had secretly followed Navalny around Russia for the last four years more than 37 times.

“These operatives were in the vicinity of the opposition activist in the days and hours of the time-range during which he was poisoned with a military-grade chemical weapon,” Bellingcat said.

“Given this implausible series of coincidences, the burden of proof for an innocent explanation appears to rest purely with the Russian state.”

Navalny said his own investigators had checked the findings and that the case was now solved despite the absence of an official investigation in Russia.

“This is a story about a secret group of murderers from the FSB that includes doctors and chemists, about how they tried to kill me several times and almost killed my wife once,” he said.

Navalny said he now believed that Putin had ordered the operation against him in revenge for his declaring in late 2016 that he would run for the Russian presidency in 2018, a contest he was later barred from on a technicality.

The Kremlin, which has suggested Navalny is working with the CIA, has denied Putin had anything to do with Navalny’s poisoning.