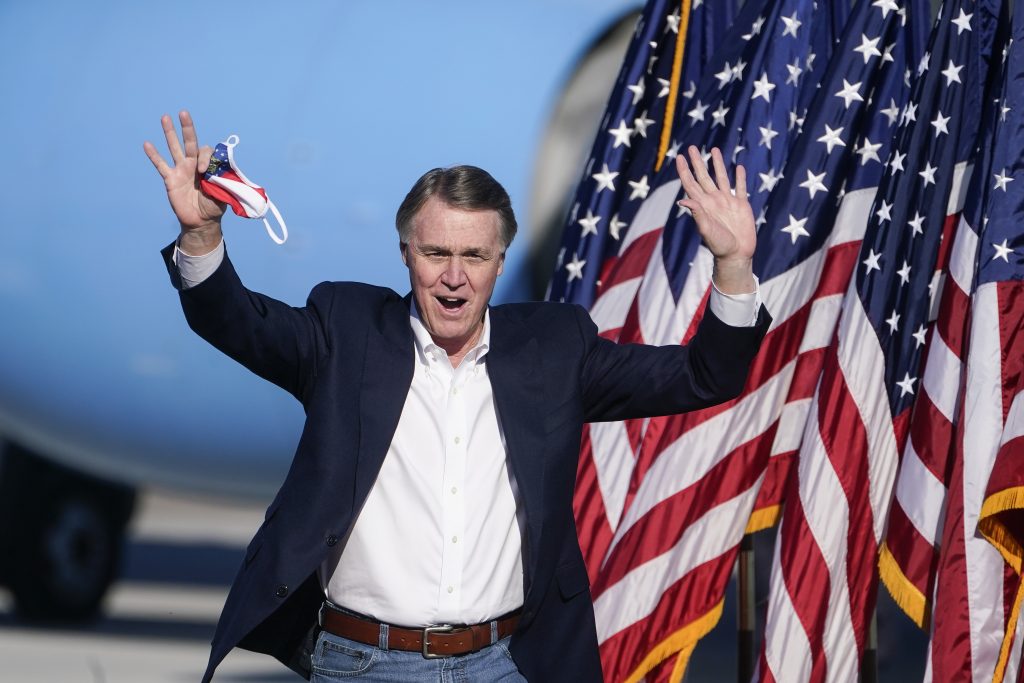 Hundreds of people lined up in a cold rain on Monday to cast ballots in a pair of U.S. Senate races in Georgia that will determine control of the chamber.

The Southern state, dominated by Republicans for decades, is now one of the most competitive U.S. political battlegrounds. President Donald Trump and other top Republicans have campaigned to help incumbent Republican senators David Purdue and Kelly Loeffler win on Jan. 5, while Democrats have spent millions to back challengers Jon Ossoff and Raphael Warnock.

Election experts said turnout on the first day of early voting in a contest could offer clues to which side ultimately prevails. Civil-rights monitors said they had received no reports of voting problems.

Republican voter David Koon waited more than an hour to cast his vote on Monday in Marietta, about 20 miles (32 km) northwest of Atlanta.

“We can’t risk it being close,” said Koon, 62, a sound engineer. “I hope any Republican who sat on the sidelines (in November) will come out and vote this time.”

The races will determine control of the Senate, and Democrats face an uphill battle as they would need to win both seats to be able to control the chamber and use that power to help advance Biden’s priorities. Republicans, meanwhile, are warning voters that Trump’s policies are on the line.

Perdue finished just ahead of Ossoff in November, while not quite getting the 50% needed for a victory under Georgia law. In the other race, neither Warnock or Loeffler reached the 50% threshold in a field that included several other challengers.

Democrats are depending on voters of color, young people and college-educated whites to turn out for them in urban and suburban communities, especially in the Atlanta area, while Republicans need Trump supporters in outlying areas of the state.

More than 260,000 Georgians have already voted by mail, according to the University of Florida’s U.S. Elections Project, raising expectations for a mammoth runoff turnout of between 3.5 million and 4 million voters. Just over 5 million people voted in the general election, about 1.3 million by absentee ballot.

The showdown has also spawned court battles involving the state’s removal of nearly 200,000 people from voter registration rolls, and a Republican Party effort to curb the use of drop boxes for absentee ballots.

Trump and Vice President Mike Pence have both visited Georgia to warn supporters that failure to vote could mean Democratic rule in Washington.

Biden is expected to visit Atlanta on Tuesday to urge supporters to see votes for Warnock and Ossoff as a way to ensure quick action on coronavirus relief for struggling families.