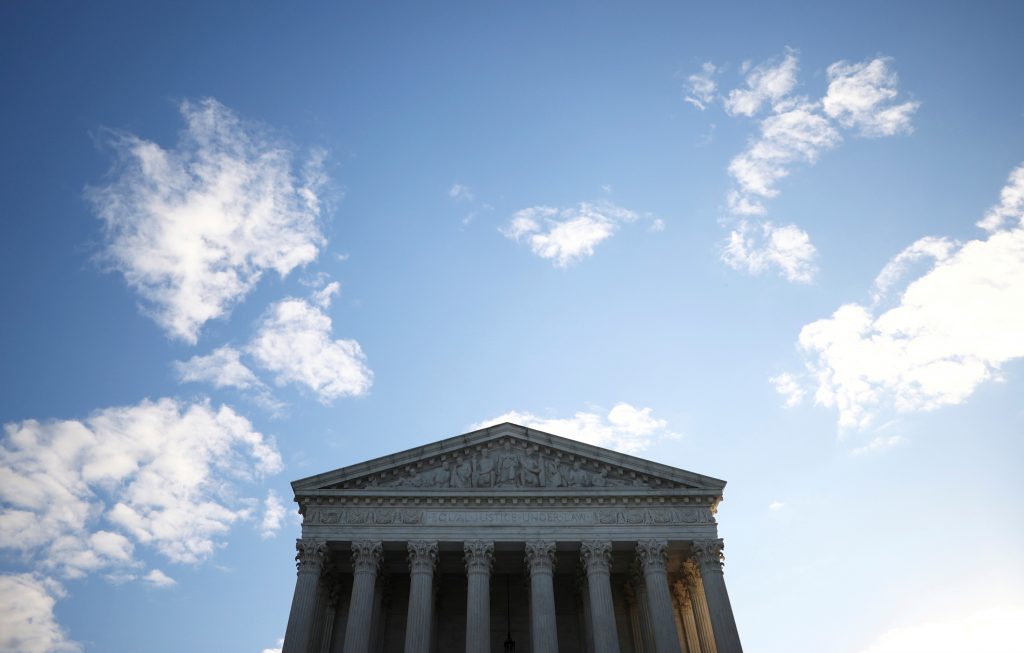 The state of Texas, aiming to help President Donald Trump challenge the results of the U.S. election, said on Tuesday it has sued Georgia, Michigan, Pennsylvania and Wisconsin at the Supreme Court, calling changes those states made to election procedures amid the coronavirus pandemic unlawful.

The long-shot lawsuit, announced by the Republican attorney general of Texas Ken Paxton, was being filed directly with the Supreme Court rather than with a lower court, as is permitted for certain litigation between states. The Supreme Court has a 6-3 conservative majority including three justices appointed by Trump.

The lawsuit represents the latest legal effort intended to reverse the Republican president’s loss to Democratic President-elect Joe Biden in the Nov. 3 election. Those efforts have so far failed and legal experts said the Texas suit also is unlikely to succeed.

Texas accused election officials in the four states of failing to protect mail-in voting from fraud, thus diminishing “the weight of votes cast in states that lawfully abide by the election structure set forth in the Constitution.”

Texas is asking the Supreme Court to block the Electoral College votes in the four states – a total of 62 votes – from being counted. Biden has amassed 306 electoral votes – exceeding the necessary 270 – compared to 232 for Trump in the state-by-state Electoral College that determines the election’s outcome, while winning the national popular vote by more than 7 million votes.

Texas also is asking the Supreme Court to delay the Dec. 14 date for Electoral College votes to be cast. That date was set by law in 1887.

The Supreme Court is not obligated to hear the case and has said in previous decisions that its “original jurisdiction,” which allows it to directly hear litigation between states, should be invoked sparingly.

Election disputes are meant to be resolved by members of Congress when they meet on Jan. 6 to formally count Electoral College votes, constitutional law professor Ned Foley of Ohio State University’s Moritz College of Law said.

“I would think the court would not want to be dragged into the middle of this,” Foley added.

Paxton has been an ally of Trump on a range of issues and a case he led seeking to invalidate the Affordable Care Act healthcare law was joined by Trump’s administration when it reached the U.S. Supreme Court this year.

Michigan Attorney General Dana Nessel, a Democrat, in a statement called the lawsuit “a publicity stunt, not a serious legal pleading.”

“The erosion of confidence in our democratic system isn’t attributable to the good people of Michigan, Wisconsin, Georgia or Pennsylvania but rather to partisan officials, like Mr. Paxton, who place loyalty to a person over loyalty to their country,” Nessel added.

Pennsylvania Attorney General Josh Shapiro, a Democrat, said, “These continued attacks on our fair and free election system are beyond meritless, beyond reckless.”

A spokeswoman for Georgia’s attorney general’s office said: “With all due respect, the Texas Attorney General is constitutionally, legally and factually wrong about Georgia.” Georgia Attorney General Chris Carr is a Republican.

Tuesday represents a “safe harbor” early deadline under the law for states to certify the election results.