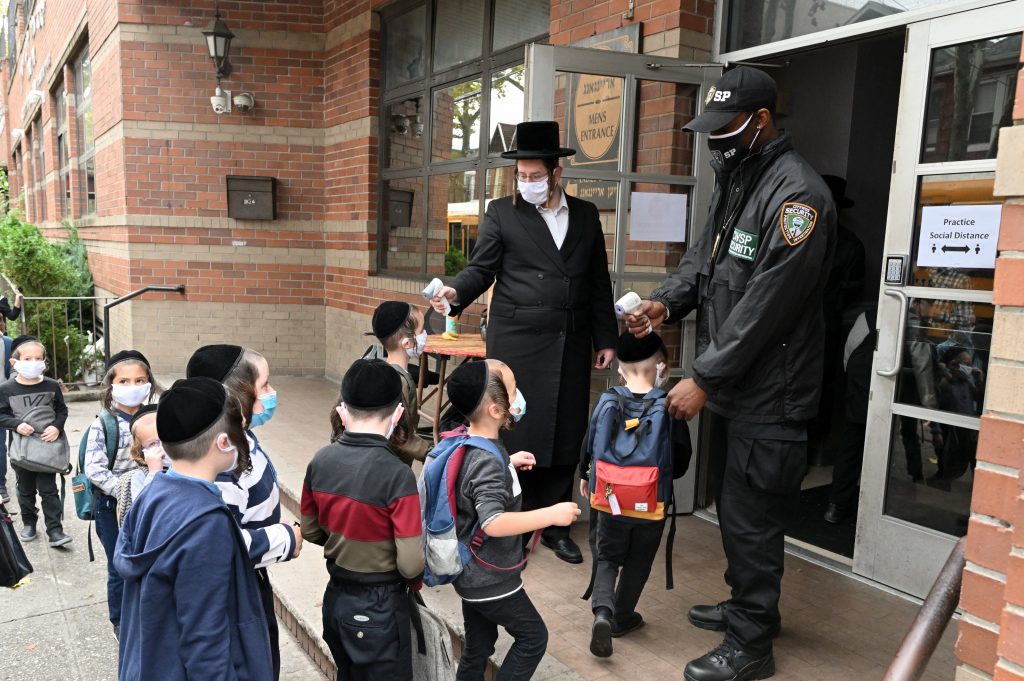 The New York State Education Department held a virtual meeting Tuesday with parents, students, and alumni of private schools, as the Department prepares rules on secular education in religious and independent nonpublic schools.

“We want to learn more about your programs, and carefully consider your input,” Interim Education Commissioner Betty Rosa, at the start of the meeting. “Once we have heard from you, the Board of Regents will consider regulations that respect the diversity in your schools, and ensure that all students have access to an education that enables them to fulfill their potential in terms of being contributing members of society and participating in civic life.”

The state initially published guidelines in November 2018, including detailed instructions how private schools must fulfill the longstanding legal requirement that they provide an education “substantially equivalent” with that of public schools. These regulations mandated specific courses, and the minimum number of hours to be dedicated to the study of each. The time requirements would have obligated yeshivos, which have a four-day week, to teach secular studies an average of more than four hours per day in seventh and eighth grades, and an average of more than three hours per day in high school. Private schools would be placed under the purview of the local school authority, which would visit each institution to determine whether it is fulfilling the substantial-equivalency requirement.

The guidelines were initially struck down by a judge on procedural grounds in April 2019, then re-released under proper procedures in July. But during the subsequent 60-day public-comment period, 140,000 comments were submitted to the Board, the vast majority opposing the rules. The Board of Regents said it would withdraw the guidelines and engage with stakeholders before releasing new rules.

The process of engaging with stakeholders was delayed due to the COVID-19 pandemic. Finally, in November, the Education Department announced six virtual meetings: five were region-specific meetings with representatives of private-schools, such as principals and administrators; and one, held on Tuesday, with students, parents, and alumni of private schools.

“We need solutions that are fair and equitable, that recognize the diversity of our state, and the importance that education plays in our society,” John D’Agati, Senior Deputy Commissioner for Education Policy, said at the start of the meeting. “These meetings are to help the Department turn [the substantial-equivalency] requirement into guidance and regulations that will be fair and objective.”

The introductory remarks by Education Department officials were publicly livestreamed. The meetings themselves were then held, consisting of approximately 80 students, parents, and alumni, broken up into eight virtual “rooms” with Board of Regents members, but not viewable by the public. When the meeting ended, a summary was held via the public livestream, in which one “reporter” from each room described the comments discussed in her room.

Marybeth Casey, the reporter from one room, said all participants in her room “were very passionate about theirs or their children’s school. They wanted to make sure that we were very aware that choices are made for religious- and independent-school attendance based on the values that are so important to parents: values like religious learning, diversity, flexibility in teaching styles, discipline, integrity, spirituality, civic participation.”

“Religious and independent schools are often very community oriented; they sometimes are the community, as opposed to being just a part of the community,” said Casey. “They create a sense of belonging for students, and this often drives the parent choice of a school. Some of our yeshiva representatives expressed that they want both robust Jewish education and general-studies education. And these often complement each other. A great example was offered by one of our participants, where a concept that her son learned in a religious-studies class actually aided him in solving a complex geometry problem, and he was able to articulate his solution process, and express that rather than using the steps he learned in a mathematics class, he chose an alternative path and used some steps that he learned in his religious-studies class. That’s not an uncommon practice, and it needs to be recognized that core academic studies are happening in concert with religious studies. Graduates of these religious and independent schools go on to succeed in many ways, and contribute value to our society.”

One participant spoke with Hamodia afterward and describing the discussion in his meeting room of private-school alumni.

“My room had three yeshiva advocates including myself, and five YAFFED people,” referencing a group of former yeshiva students who advocate for increased state oversight of secular studies curriculum, “and representatives of other private schools. All participants were asked to answer three questions: What do you value about your K-12 education; how did your education shape your life; and what is best way to make sure kids get good education, whether standardized testing, assessments, accrediting agency, etc. The YAFFED guys were trying to get their message across, bashing yeshivos, but the moderator emphasized we are trying to get your personal experience, not have them comment on the whole system.

“In my own comments, I noted that there are 160,000 yeshiva students across the state, and that this is what their parents chose. I said that if someone goes to law school, it’s because he wants to become a lawyer, and if someone goes to medical school, it’s because he wants to become a doctor. Parents send their children to a certain type of school because this is the education they want their kids to get – you can’t dictate to them an education they don’t want.”

The three-pro-yeshiva alumni – an attorney, a building-safety inspector, and a camp director -said they and their classmates were all leading productive and successful lives.

Tuesday’s was the fifth of the six meetings the Education Department is holding with stakeholders on the substantial-equivalency issue. The final meeting is being held Wednesday, with representatives from Brooklyn private schools.

The new regulations are expected to be announced sometime next year.