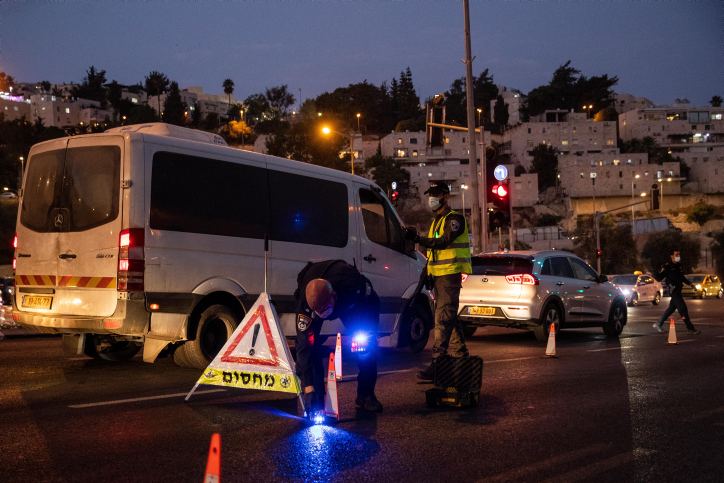 “While in other countries, they had their lockdowns ahead of the Gregorian-calendar holidays, to enable people to celebrate without restriction, once again Israel has timed it to perfection, like ahead of the Tishrei chagim.”

The three week night closure starting Wednesday night is to include traffic restrictions and is one of the three-part plan the strictest level of which is complete lockdown.

Health officials also voiced sharp criticism of the plan, which they touted as a farce and claimed would be virtually useless in lowering morbidity.

Prof. Hagai Levine, an epidemiologist from Hebrew University and Hadassah Medical Center in Yerushalayim and the chief of Israel’s doctors’ union, told Channel 13 Tuesday morning that the curfew plan marks a “new low” in the government’s handling of the crisis.

“We’ve sunk to a new low. This decision is impossible to understand. It doesn’t make any sense to have night curfews and reopen malls.”

Senior Health Ministry officials also spoke out against the plan, saying that “It won’t help reduce the infection coefficient to below 1, which is what is needed.

“Instead of a night curfews, they need to crackdown on weddings and mass gatherings being held in violation of the rules – rules which haven’t been enforced for a while now.”