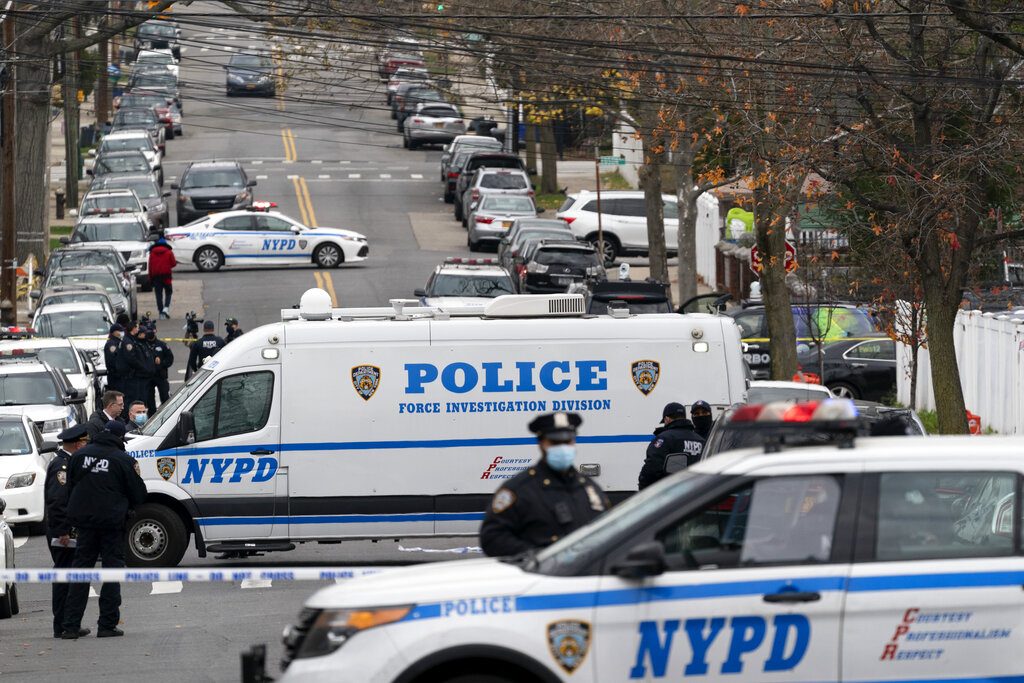 A New York City man was arrested after he let a friend charged with shooting a Massachusetts state trooper stay at his place in the Bronx and then lied when U.S. marshals arrived, authorities announced Monday.

The encounter Friday resulted in a gunfight in which the fugitive was killed and two deputy U.S. marshals were injured.

Grant Grandison, 35, awaited an initial appearance in Manhattan federal court, where he faces charges of harboring a fugitive and making false statements. A message seeking comment was left with his attorney.

Grandison let the fugitive Andre K. Sterling stay in his apartment in the Wakefield neighborhood after Massachusetts State Trooper John Lennon was shot in the hand on Nov. 20 during a late-night traffic stop in Hyannis on Cape Cod, authorities said. The trooper was hospitalized for several days.

Authorities say Sterling arrived at Grandison’s apartment around Thanksgiving. Sterling, 35, was killed Friday in a gunfight that left one deputy marshal struck in the leg and another in the leg and arm.

In a news release, acting U.S. Attorney Audrey Strauss said it appears that the deputy U.S. marshals will recover from their injuries.

“Grant Grandison’s conduct led to the horrific shooting of two Deputy United States Marshals who were just doing their jobs in attempting to arrest Andre K. Sterling, a man wanted for a violent felony,” Strauss said. “We are lucky that more law enforcement officers were not injured during the shooting.

U.S. Marshal Ralph Sozio called the actions of the deputy marshals heroic and “a true testament to the dangers of entering an unknown location in search of a violent fugitive.”

According to a criminal complaint, Grandison claimed nobody else was in his apartment when U.S. marshals arrived at his door early Friday, along with New York City police officers and Massachusetts state troopers.

After he was taken into custody Friday, Grandison told investigators he had been friends with Sterling since 2005 and agreed to let him stay with him after Sterling arrived from Boston, the complaint said.

The court papers said Sterling told Grandison that if anybody came looking for him, Grandison had to deny that he was there.