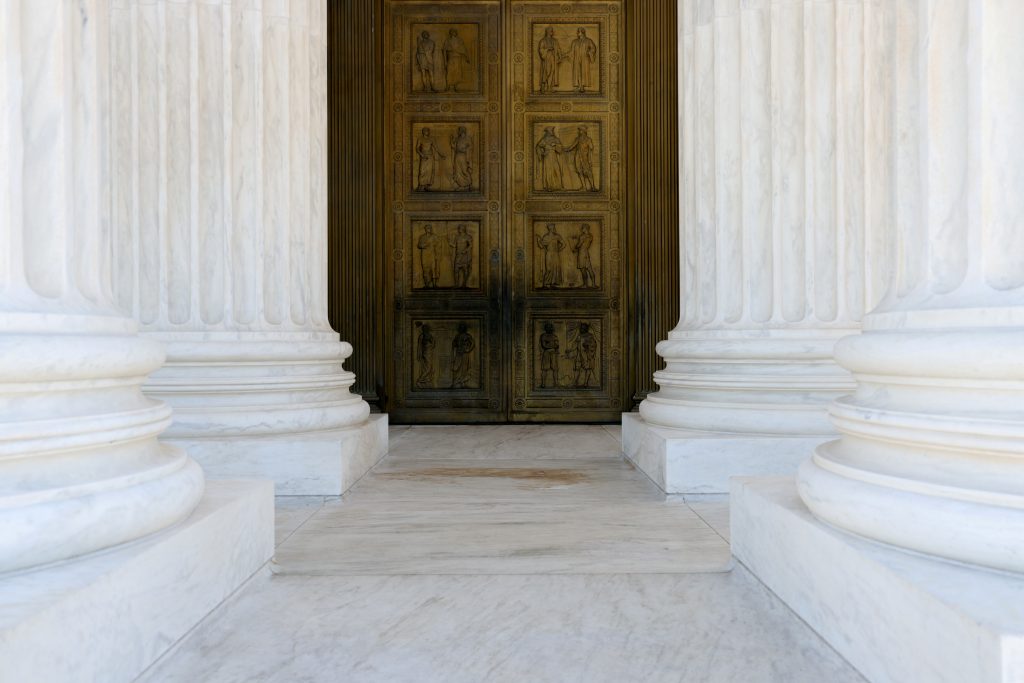 The Supreme Court on Monday is set to take up President Donald Trump’s effort to exclude illegal immigrants from the population totals used to allocate House of Representatives districts to states.

The challengers to Trump’s July directive include various states led by New York, cities, counties and immigrant rights groups. They have argued that the Republican president’s move could leave several million people uncounted and cause California, Texas and New Jersey to lose House seats, which are based on a state’s population count in the decennial census.

The court, which has a 6-3 conservative majority including three justices appointed by Trump, is scheduled to hear an 80-minute oral argument by teleconference.

This case focuses on one of several policy moves the Trump administration is rushing to complete before Inauguration Day on Jan. 20.

The census in mandated by the U.S. Constitution. The challengers argued that Trump is prohibited by the Constitution’s text from excluding illegal immigrants from the population count. The Constitution requires that the apportionment of House seats be based upon the “whole number of persons in each state.”

The challengers said Trump’s plan, undertaken as part of the government’s responsibility to administer the 2020 census, also violates a federal law called the Census Act that outlines how a census must be conducted.

They said Trump’s plan would weaken the political power of states with larger numbers of illegal immigrants, including heavily Democratic California, by undercounting their true populations and depriving them of House seats. If California loses House districts, that likely would mean Democrats lose House seats, benefiting Trump’s fellow Republicans.

There are an estimated 11 million immigrants living in the United States illegally. Until now, the government’s practice was to count all people regardless of their citizenship or immigration status.

“That’s what everyone has always thought,” said Dale Ho, a lawyer for the American Civil Liberties Union, which represents immigrant groups in the case.

Ho said he is optimistic the court’s conservatives, who often tout the importance of interpreting laws as written, would view this one as a “rather easy case.”

Trump’s lawyers argued in court papers that the president acted within his authority and that the challengers lacked the necessary legal standing to bring the case. Trump’s administration “has virtually unfettered discretion as to what data will be used in enumerating individual persons in each state for purposes of the decennial census and apportionment,” Acting Solicitor General Jeff Wall wrote.

The court is deciding the case on an expedited schedule, with a ruling due before the end of the year. That would make it difficult for the incoming administration to revisit Trump’s plan if it is upheld.

Trump’s hard-line stance toward immigration has been a hallmark of his presidency.

The Supreme Court last year ruled 5-4 against Trump’s effort to add a citizenship question to the census. Critics said the question was intended to frighten immigrants from taking part in the population count and artificially reduce population numbers in heavily Democrat areas, also to benefit Republicans.

Conservative Chief Justice John Roberts joined the liberal justices in that ruling. But the addition of Trump’s third appointee Amy Coney Barrett to the court changes its dynamics, as seen in action by the justices on Wednesday in a case in which they backed Christian and Jewish houses of worship that challenged New York state’s latest restrictions in novel coronavirus hot spots.

Roberts dissented along with the court’s three liberals but Barrett’s vote in favor of the religious groups proved decisive.

A three-judge panel in New York ruled against the administration in September in the current case and the justices agreed to take up the appeal on Oct. 16. Federal courts in California and Maryland have reached the same conclusion in other cases though one court in Washington ruled for Trump.

By statute, the president is due to send Congress a report in early January with the population of each of the states and their entitled number of House districts.

Once states are allocated their districts, they themselves draw the boundaries for the districts, which will be used first in the 2022 congressional elections. The number of House seats for each state also determines how many votes that state gets in the Electoral College, the system used to determine the winner of presidential elections. In a close election, one or two electoral votes could swing the outcome.

The census itself does not gather data on a person’s citizenship or immigration status. Trump’s administration would base its numbers on data gathered elsewhere. The U.S. Census Bureau, a spokesman said, “will make public the methods used to provide state-level counts once we have them finalized.”

Ilya Somin, a professor at George Mason University’s Antonin Scalia Law School in Virginia who filed a brief opposing Trump, said although the challengers have a strong case, one wrinkle could be that some conservative justices embrace a broad view of presidential powers.

“We can’t be too definitive about what the justices will do with it,” Somin said.