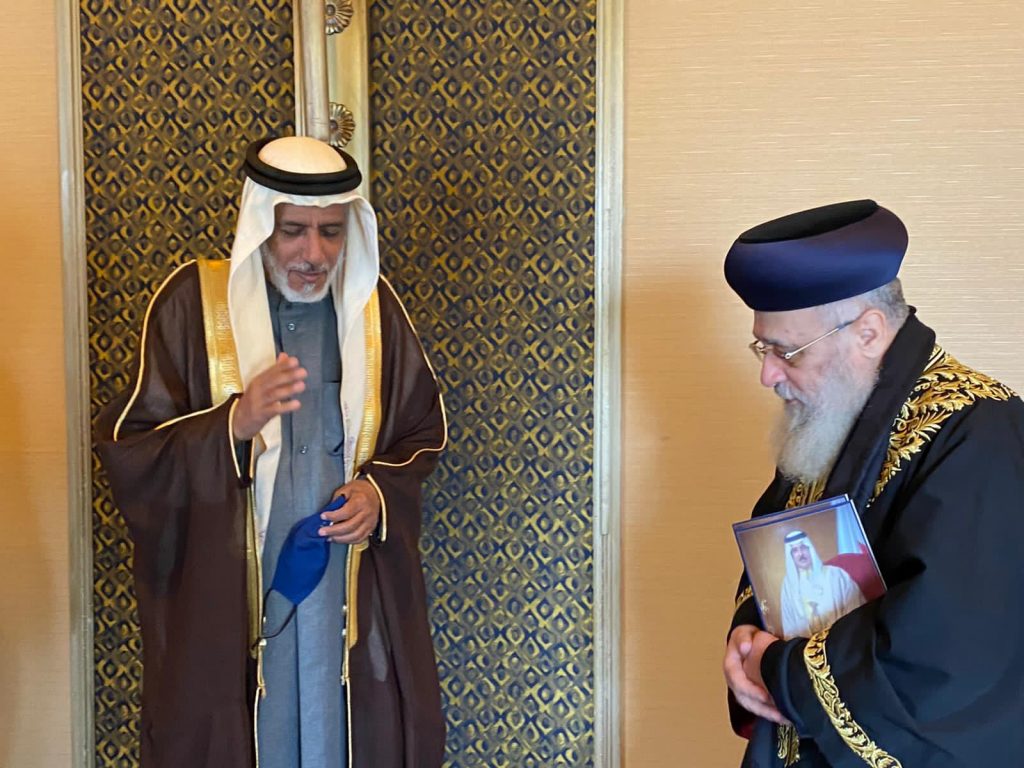 The Gulf state’s representatives were in Israel on behalf of the King Hamad Global Center for Peaceful Co-existence.

The Bahraini delegation was led by Sheikh Khaled, a member of the Bahraini royal family who serves as chairman of the center’s board.

In addition to Harav Yosef, Harav Eliezer Simcha Weiss, a member of the Chief Rabbinical Council of Israel, participated in the meeting.

The Rishon LeTzion praised the participants for the peace agreements led by the prime minister and the president of the United States, agreements aimed at reducing hatred and violence and increasing friendship between neighboring peoples.

Harav Yosef told the Bahrainis that the people of Israel want peace across the Middle East, and asked the representatives to convey his thanks to the country’s king for his work on the normalization deal with Israel.

He said he hopes for “a friendship that will bring economic and social flourishing.”