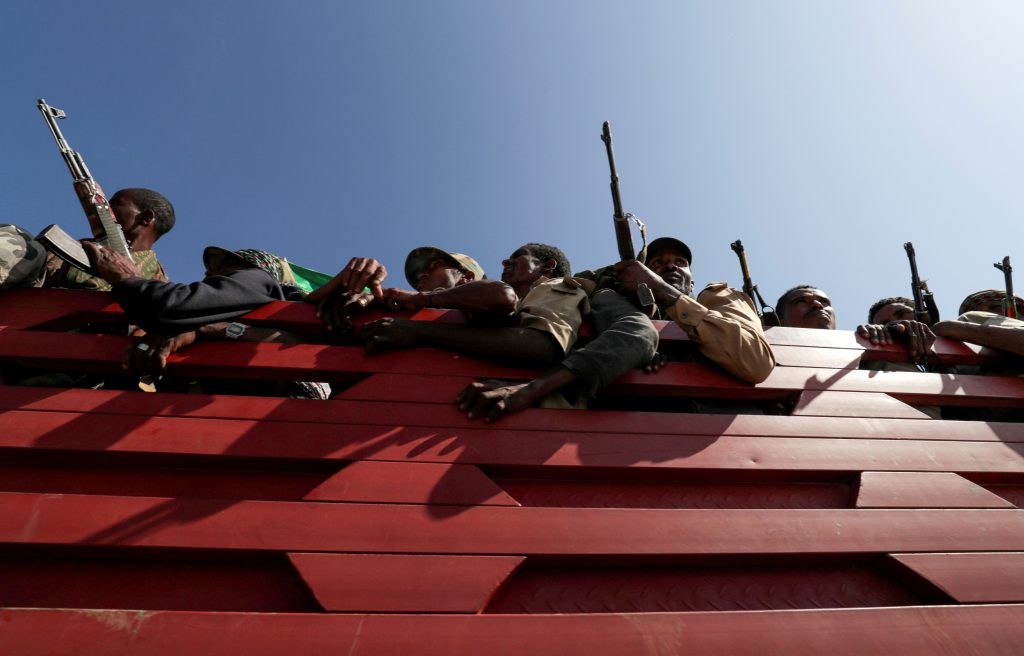 “We urge you to surrender peacefully within 72 hours, recognising that you are at the point of no return,” Abiy said in a message posted on Twitter on Sunday evening.

A military spokesman said earlier that advancing Ethiopian troops plan to surround Mekelle with tanks and may shell the city to force surrender.

The Tigray People’s Liberation Front (TPLF), which is refusing to surrender its rule of the northern region, said its forces were digging trenches and standing firm.

Reuters could not confirm the latest statements on the war. Claims by all sides are hard to verify because phone and internet communication has been down.

Abiy’s federal troops have taken a string of towns during aerial bombardments and ground fighting, and are now aiming for Mekelle, a highland city of about 500,000 people where the rebels are based.

The conflict erupted on Nov. 4 and has killed hundreds, possibly thousands, and has sent more than 30,000 refugees into neighbouring Sudan. Rockets have been fired by rebels into neighboring Amhara region and across the border into the nation of Eritrea.

Foreign nations have urged talks, but Abiy has pressed on with the offensive. In his statement on Sunday evening, Abiy said that during what he terms a law enforcement operation “all the necessary precautionary measures have been taken to ensure that civilians are not harmed.”

Referring to the TPLF he said that “all that the clique is left with is the fort that they have set up in Mekelle and empty pride.”

He said the people of Tigray had had enough of what he said was TPLF violence against them, and appealed to the people of Mekelle to stand with the federal troops in “bringing this treasonous group” to justice.

Abiy accused the Tigrayan leaders of revolting against central authority and starting the conflict by attacking federal troops in the town of Dansha on Nov. 4.

The rebels say his government has marginalised Tigrayans since taking office two years ago, removing them from senior roles in government and the military and detaining many on rights abuse and corruption charges.

TPLF leader Debretsion Gebremichael told Reuters by text message that his forces were resisting a push from the south while also fighting near the northern town of Adigrat after it fell to federal troops.

“Encircling Mekelle is their plan but yet they couldn’t,” he said. “On south front, they couldn’t move an inch for more than one week. They (are) sending waves after waves but to no avail.”

Abiy drew plaudits for opening up Ethiopia’s closed economy and repressive political system after taking office in 2018. However, rights groups say his government has carried out mass arrests after outbreaks of violence and detained journalists this year.

Abiy won a Nobel Peace Prize last year for ending a two-decade standoff with Eritrea. The awarding committee in Oslo last week made a rare foray into the activities of laureates by urging peace in Tigray.