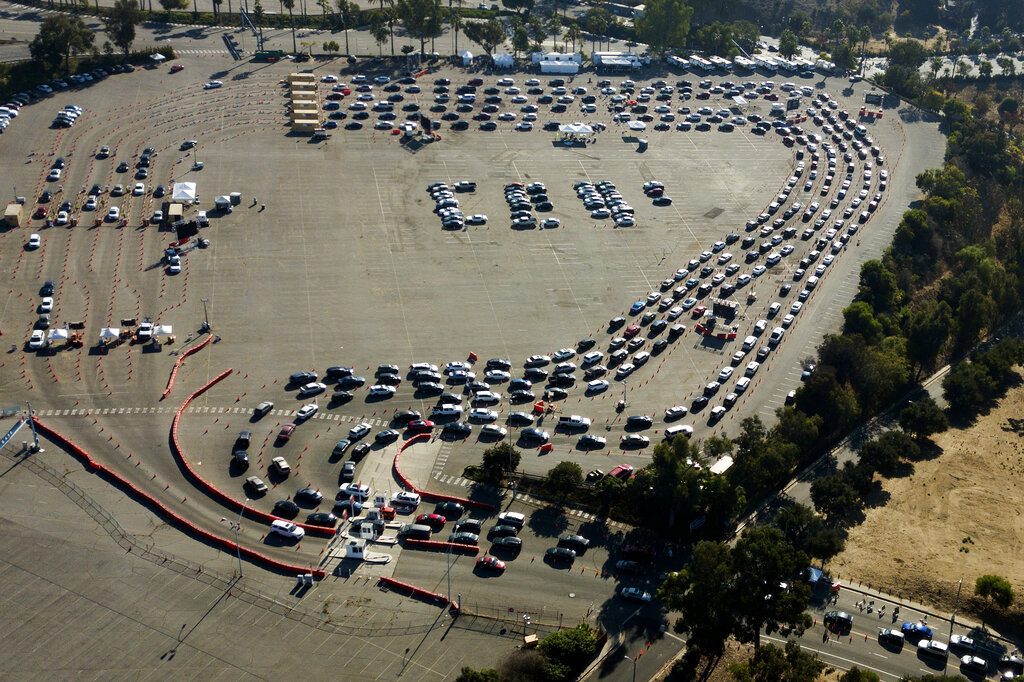 With the coronavirus surging out of control, the nation’s top public health agency pleaded with Americans on Thursday not to travel for Thanksgiving and not to spend the holiday with people from outside their household.

It was some of the firmest guidance yet from the government on curtailing traditional gatherings to fight the outbreak.

The Centers for Disease Control and Prevention issued the recommendations just one week before Thanksgiving, at a time when diagnosed infections, hospitalizations and deaths are skyrocketing across the country. In many areas, the health care system is being squeezed by a combination of sick patients filling up beds and medical workers falling ill themselves.

The CDC’s Dr. Erin Sauber-Schatz cited more than 1 million new cases in the U.S. over the past week as the reason for the new guidance.

“The safest way to celebrate Thanksgiving this year is at home with the people in your household,” she said.

If families do decide to include returning college students, military members or others for turkey and stuffing, the CDC is recommending that the hosts take added precautions: Gatherings should be outdoors if possible, with people keeping 6 feet apart and wearing masks and just one person serving the food.

Whether Americans heed the warning is another matter. The deadly comeback by the virus has been blamed in part on pandemic fatigue, or people getting tired of masks and other precautions. And surges were seen last summer after Memorial Day and July Fourth, despite blunt warnings from health authorities.

The United States has seen more than 11 million diagnosed infections and over 250,000 deaths from the coronavirus. CDC scientists believe that somewhere around 40% of people who are infected do not have obvious symptoms but can still spread the virus.

The positivity rate — the percentage of tests coming back positive for the virus — has taken on a more prominent role in the nation’s response to the crisis in recent days.

New York City shut down in-person classes in the nation’s largest school system this week after the positivity rate surpassed 3%. That angered families who believe it is too stringent a standard and question why bars and restaurants can remain open.

The positivity rate has soared to record levels all around the nation. South Dakota, Iowa and Wyoming’s rate are all averaging above 50%, and the national average is now 10%.

Health experts caution that there are weaknesses in the positivity data because states calculate the rate differently.

But they say the overall trend is not in dispute, and it indicates severe spread and, in many places, insufficient testing.