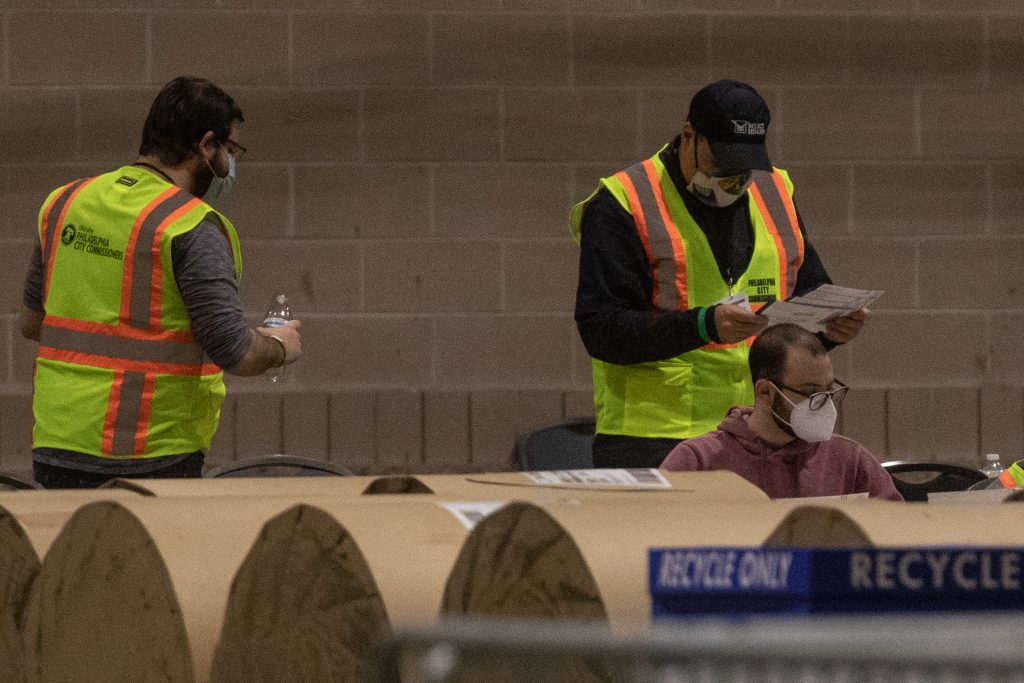 The Pennsylvania Supreme Court moved Wednesday to intervene in an ongoing court fight over challenges filed by President Donald Trump’s campaign to more than 8,300 mail-in ballots in Philadelphia.

At the urging of city elections officials, the court’s Democratic majority voted to exercise “King’s Bench” authority over the case, which permits the justices to assume jurisdiction at any stage of the proceedings.

The matter had been scheduled for a hearing before a lower appellate court Thursday that was set to decide whether the ballots should be thrown out for technical errors.

Last week, a Common Pleas Court judge in Philadelphia denied Trump campaign requests to disqualify those votes over technical errors voters had made when submitting them, such as failing to date or write their home addresses on the outer envelope. In some cases, those envelopes had already been fixed with a printed address label or bar code that linked the ballot to a voter profile in the state voter-registration system.

The litigation mirrors similar cases campaign lawyers have filed in other Pennsylvania counties, including suits seeking to toss thousands of ballots in Montgomery, Allegheny and Bucks Counties.

In its order, the Supreme Court did not indicate how quickly it intends to hold potential hearings or issue a ruling in the case. But its decision is likely to govern how the rest of those cases play out.

In particular, the high court’s justices said they were mulling whether — without any claim that the ballot had been fraudulently cast — technicalities should be enough to invalidate a person’s vote. The court’s two Republican justices dissented.

Trump campaign lawyer Linda Kerns acknowledged in a hearing last week that she was not alleging that any of the disputed Philadelphia ballots had been cast unlawfully. But she maintained that state law required voters to sign, date and write their addresses on mail-in ballots and any failure to do so should invalidate the votes.

Common Pleas Court Judge James Crumlish III accused Kerns of “seeking to disenfranchise voters … for whatever reason” in siding against her.

Trump lawyers have echoed Kerns’ reasoning in the other county cases and so far have met with similar results.

The Trump campaign on Wednesday withdrew an appeal of its case in Montgomery County after failing to convince a lower court judge that 592 mail-in ballots there were invalid.

In total, suits filed by the campaign or Republican allies have challenged some 12,800 ballots across the state — far short of the roughly 82,000 votes Trump would need to catch up to Joe Biden in the final tally.