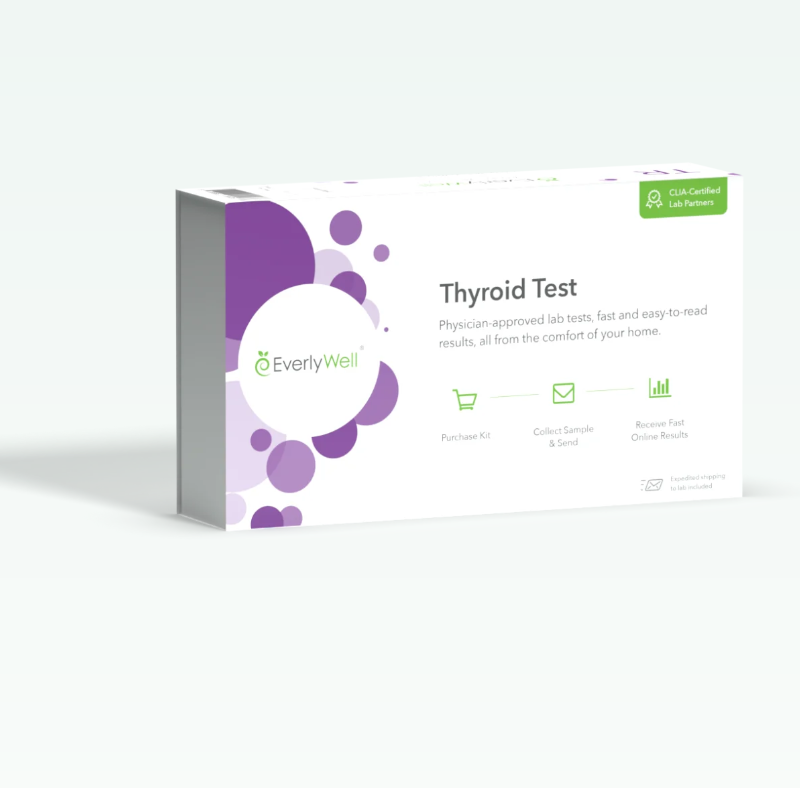 The COVID-19 pandemic has been a boon for startups selling lab tests to anxious Americans who don’t want to leave home for a doctor’s visit.

One of the most successful has been Everlywell, which offers a wide range of at-home tests, including those for COVID, cholesterol and cell aging. With just a few clicks on a smartphone, customers can get test kits delivered to their door. Founder Julia Cheek expects sales of more than $100 million this year — more than double last year.

In August, citing the pandemic and a desire to reduce bureaucracy, the Trump administration made an unexpected move to limit the Food and Drug Administration’s already minimal oversight of the type of tests widely used by the industry — products known as lab-developed tests.

The decision has heightened worries from some health experts that consumers could be harmed, as few of the tests are backed by scientific studies and most don’t require a doctor’s prescription.

“Some of these tests have never been checked for reliability or accuracy,” said Liz Richardson, who studies the regulation of medical products for the Pew Charitable Trusts. “Even very good tests sometimes get it wrong.”

Christina Song, an Everlywell spokeswoman, defended the accuracy of the company’s tests, saying the startup based in Austin, Texas, processes its tests at the same certified labs that doctors and clinics use.

“We work closely with independent third parties to ensure our tests meet or exceed the accuracy of traditional laboratory tests where samples are collected by health-care professionals,” she said.

Song said that a physician reviews each test order, including for whether it is appropriate for the person based on medical guidelines — although the review is invisible to the customer. And customers can discuss the results of their tests, priced from $49 to $259, with a physician or other health-care professional at no extra cost.

“Take your self-care to the next level using at home lab tests,” one of its ads says.

If a test shows that medication is needed, the company makes a prescription easy. A MintRx ad on Groupon explains that customers can “get treated online by one of our participating providers in 5 minutes.”

The industry says the tests have benefits beyond their convenience, including more transparency of prices. Customers know how much they will pay for the test when they order it — not a common experience in today’s health system, where even patients with insurance can be hit with expensive bills they weren’t expecting.

In September, a group of researchers led by Louiza Kalokairinou at the University of Pennsylvania’s Perelman School of Medicine published a paper detailing the advantages and risks of at-home lab tests.

They noted that an at-home test for COVID-19 allows someone infected with the virus to avoid exposing others. But the minimal involvement of physicians, they wrote, increases the risk that consumers will misinterpret the test’s results.

“Amidst the pandemic, the market has been flooded by companies making unsubstantiated and often fraudulent claims,” they wrote.

The misleading promotion “capitalizes on widespread anxiety caused by the pandemic and preys on the vulnerability of consumers,” they added, “many of whom are likely concerned about their health.”

The startups have benefited from loopholes in federal regulations for lab-developed tests. Such tests are designed, manufactured and used by a single laboratory. Decades ago, use of the tests was limited. Sometimes referred to as “home brew tests,” they were often created by hospitals to diagnose their own patients.

Now an unknown number of the tests are sold across the country. The tests don’t have to be registered, but experts estimate that 100,000 have been developed.

In contrast, commercial lab tests that are manufactured in large quantities and sold as kits to multiple labs and health-care facilities must gain approval from the FDA — a process that can take more than a year.

Critics of the lack of rules often point to the flawed lab-developed tests sold by Theranos, the Silicon Valley lab startup that was once valued at $9 billion. The company ceased operations in 2018, and founder Elizabeth Holmes and the company’s former president were indicted on criminal fraud charges. Their trial has been delayed because of the pandemic.

Some lab-developed tests can have serious consequences on a person’s health.

The FDA says it has found faulty tests that could have led to patients taking unnecessary and harmful treatments. Other flawed tests created the risk that patients would not get the therapies they needed.

The agency has long said it has authority to regulate the tests — a position opposed by many in the industry. The opponents point out that the labs already must follow other federal and state rules that require labs to be inspected and meet certain standards.

In August, Trump officials in the Health and Human Services Department said the FDA would no longer be able to review and approve lab-developed tests before they were sold.

In a statement, the officials said the move was needed to “keep duplicative regulations and unnecessary policies from interfering” with their efforts at “combating COVID-19.”

The decision was swiftly criticized by some experts, including Scott Gottlieb, who served as Trump’s first FDA commissioner until he stepped down in April 2019.

“Now, FDA’s ability to protect public health could be challenged,” Gottlieb tweeted soon after the decision. ” FDA might not be able to provide critical advice to test developers or take needed enforcement actions against bad tests.”

In October, two top FDA officials, Jeffrey Shuren and Timothy Stenzel, published an article in the New England Journal of Medicine calling for legislation to “ensure that all clinical tests are accurate and reliable.”

They noted that before the Trump officials’ decision, agency scientists had found that two-thirds of the 125 proposed COVID-19 tests they had reviewed had problems, including in their design or how their accuracy was validated.

With the testing boom, investors have flocked to the lab startups.

Another health startup called Truepill announced in September it had obtained $75 million from investors to launch a network of labs that will process at-home tests.

Truepill, based in San Mateo, Calif., already operates pharmacies and a telehealth network where patients can get prescriptions from physicians online. Truepill said it doesn’t sell health care directly to consumers; instead, it builds the infrastructure that allows other startups to do that.

“We envision a future where 80% of healthcare is digital,” Sid Viswanathan, a Truepill co-founder, said in a September news release.

Richardson at the Pew Charitable Trusts said Congress needs to act to allow the FDA to regulate the lab tests with the most serious risks.

“We can’t allow this large and ongoing ambiguity” in the law, she said, “for such a large portion of the healthcare structure.”

“I do worry about bad actors who might try to capitalize,” she said.