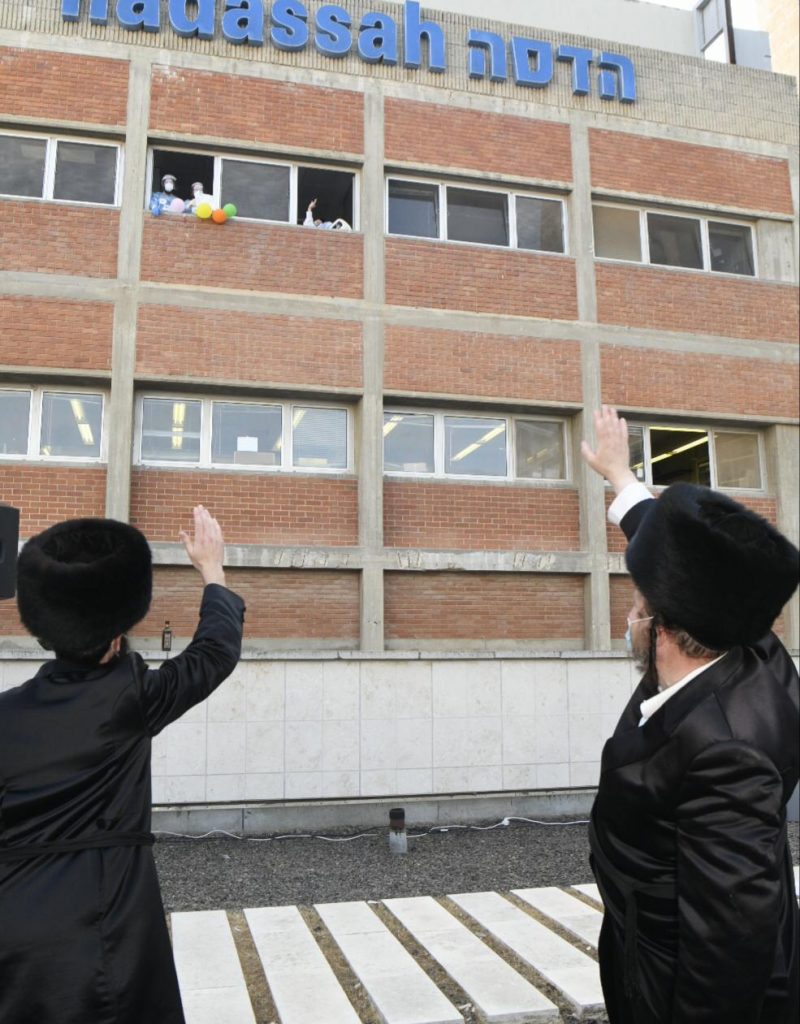 The hospitalized father who attended his son’s chuppah from his hospital window has been released in good health.

In October, Hadassah Hospital and volunteers from the chessed organization Yad Avraham organized the chuppah of a young couple in the courtyard of the hospital. The chassan’s 56 year old father was in serious condition with coronavirus, and was able to watch from the window. He was too weak to stand, but he wore his spodik, and colorful balloons filled his hospital room.

The chuppah took place in the hospital’s courtyard, with only immediate family attending, and everyone wearing masks.

Staff members watched from the window, and many said they wept from emotion as the son paused under the chuppah to wave to his father, and his father waved back.

The patient’s condition began to improve steadily after the chuppah, and he was released to continue his recovery at home.

Noa Reggons, the coronavirus ward’s chief nurse, said the simcha inspired the patient and gave him the strength to recover.

The family released a statement thanking the staff of Hadassah Hospital, the volunteers of Yad Avraham, and all those who had been davening for the father’s refuah.