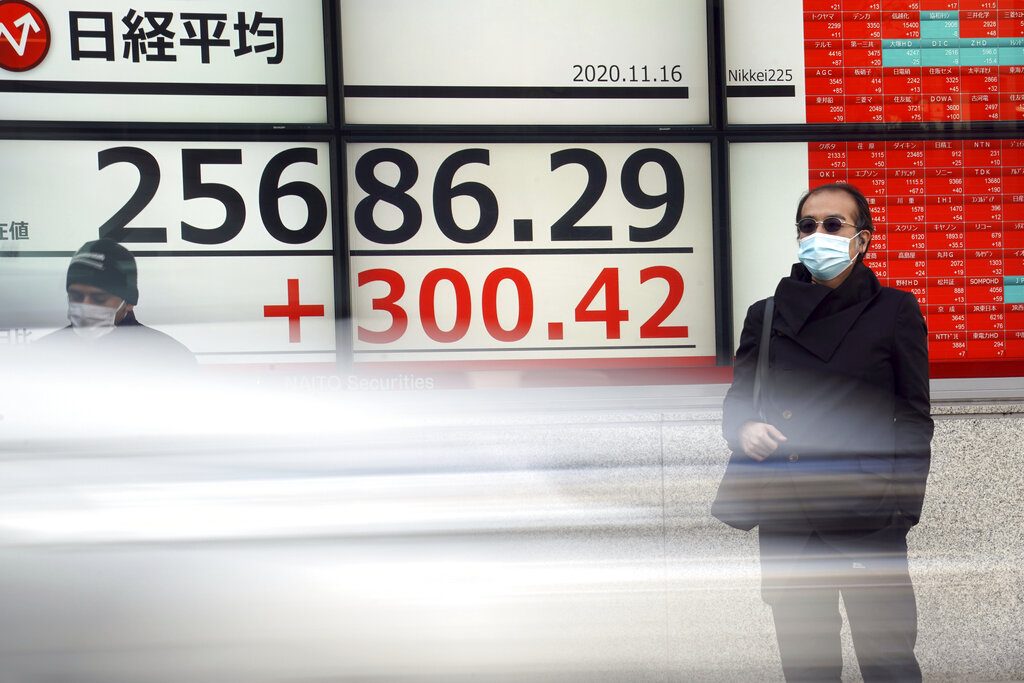 The euro climbed against the dollar on Tuesday, helped by optimism over another coronavirus vaccine, while the Chinese yuan hit its highest against the U.S. currency since June 2018.

Europe’s shared currency, however, fell against a broadly stronger pound, which gained on media reports that Britain could reach a post-Brexit trade agreement with the European Union by early next week.

Drugmaker Moderna became the second U.S. pharmaceutical company in a week to report positive results from trials of a COVID-19 vaccine, considered necessary to eradicate the pandemic.

Last week, encouraging progress in vaccine testing helped the dollar rise against the safe-harbor yen and the Swiss franc.

Some of those moves reversed on Tuesday, with the yen gaining back ground against the dollar.

Investors in the dollar were looking ahead to the release of U.S. retail sales and industrial production later on Tuesday to gauge the health of the economic recovery.

The onshore yuan hit its highest since June 2018 against the dollar at 6.5461 as positive economic data continues to support the Chinese currency.