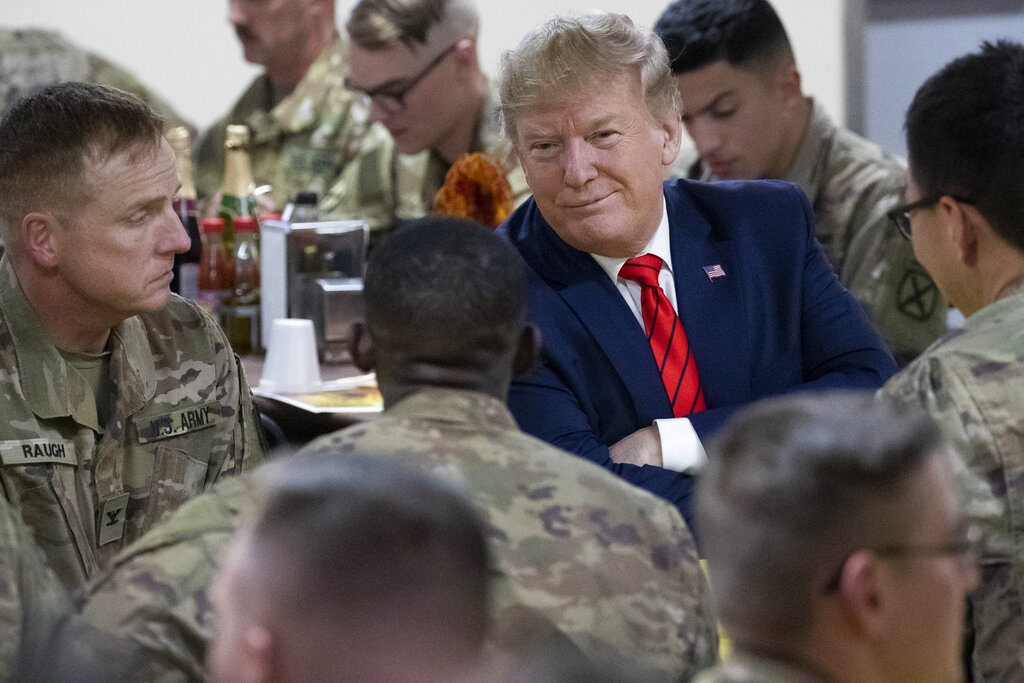 As President Trump likely approaches the end of his term, he has pushed for dramatic action in the Middle East. The Wall Street Journal reported that Trump spoke to advisors about reducing the number of American troops in Afghanistan and Iraq, and a potential attack on Iranian nuclear facilities.

Senior advisors dissuaded Trump from launching a strike on Iran, saying that the situation could lead to a military confrontation between the United States and Iran and plunge the entire region into war, just as Trump hopes to reduce the American presence in the Middle East.

“A conflict with Iran ends badly for everyone involved,” said one official.

Trump campaigned on ending America’s “forever wars” in the Middle East, but he faced pushback from military officials who warned that reducing America’s presence there too dramatically and abruptly could overturn all the hard-won progress made and imperil American allies such as Israel.

Trump abruptly fired Defense Secretary Mark Esper on November 9th, and replaced him with Christopher Miller, who had been the director of the National Counterterrorism Center. Esper was one of the Pentagon officials who believed an American military presence in Afghanistan was important to maintain. Miller is considered to be more willing to follow Trump’s orders.

“We’d be abandoning our partners in Afghanistan, the brave Afghans who are fighting the terrorists,” said McConnell in a speech on Capitol Hill.

Though Trump’s campaign has been pursuing legal strategies, it is unlikely they can succeed in overturning President-elect Biden’s popular vote and Electoral College vote advantage before state deadlines. Joe Biden currently leads Trump by tens of thousands of votes in essential swing states, and many of those states have a strict November 20th deadline for the final vote count.

As it is increasingly likely that Biden will be president come January 20th, insiders believe Trump is pushing to make a final outsized impact on foreign affairs, especially as foreign policy is something a Biden administration is likely to make swift changes in.

Biden is expected to focus on strengthening relationships with traditional European allies and to take a strong stand against an increasingly dominant China. He may continue the talks Trump began with North Korea, but with more conditions. Trump’s willingness to meet with Kim face to face was an unprecedented diplomatic breakthrough initially, but soon enough talks soured, and Kim busied himself with missile tests.

The dictator Kim Jung Un and his missile arsenal has been a thorn in presidential sides for many years; former President Obama’s sanctions did not succeed, nor did Trump’s friendly rapport. As of 2020, North Korea has weapons powerful enough to launch a strike on the continental U.S.

Biden’s advisors have said a Biden administration would hold talks with North Korea and other East Asian countries, such as South Korea and China. South Korea is an American ally, while China has bolstered the Kim family’s ironclad rule over North Korea. These multinational talks would be similar to those former President George W. Bush began in the 2000s.