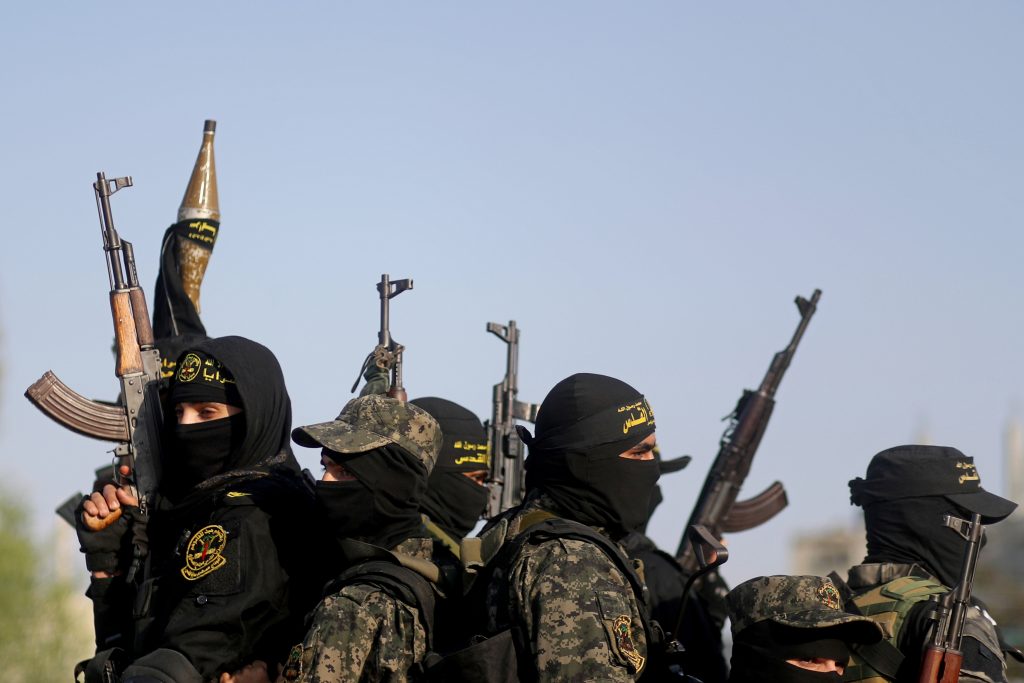 The IDF attacked Hamas targets in Gaza early on Sunday after rockets were fired at southern and central Israel, no injuries or damage have been reported.

The IDF has been on high alert on the anniversary of the targeted killing by the IDF of Islamic Jihad military commander Baha Abu al-Ata and 20 other terrorists last year.

The army killed Abu al-Ata in a Gaza airstrike on November 12, 2019, initiating a military campaign in the Hamas-controlled enclave, which the IDF labeled “Operation Black Belt.”

Abu al-Ata was considered extremely radical even by the terror group’s standards and oversaw numerous attacks on Israeli civilian targets, including sniper attacks on IDF troops, drone attacks and thousands of rockets.

Preparedness for a possible escalation was very apparent at Ben Gurion airport where aircraft traffic in the area was redirected in some instances, a procedure taken often during cross-border rounds of fighting with terrorists in Gaza.