Politics Trump: Biden Only ‘Won’ Because the Election Was Rigged
Politics 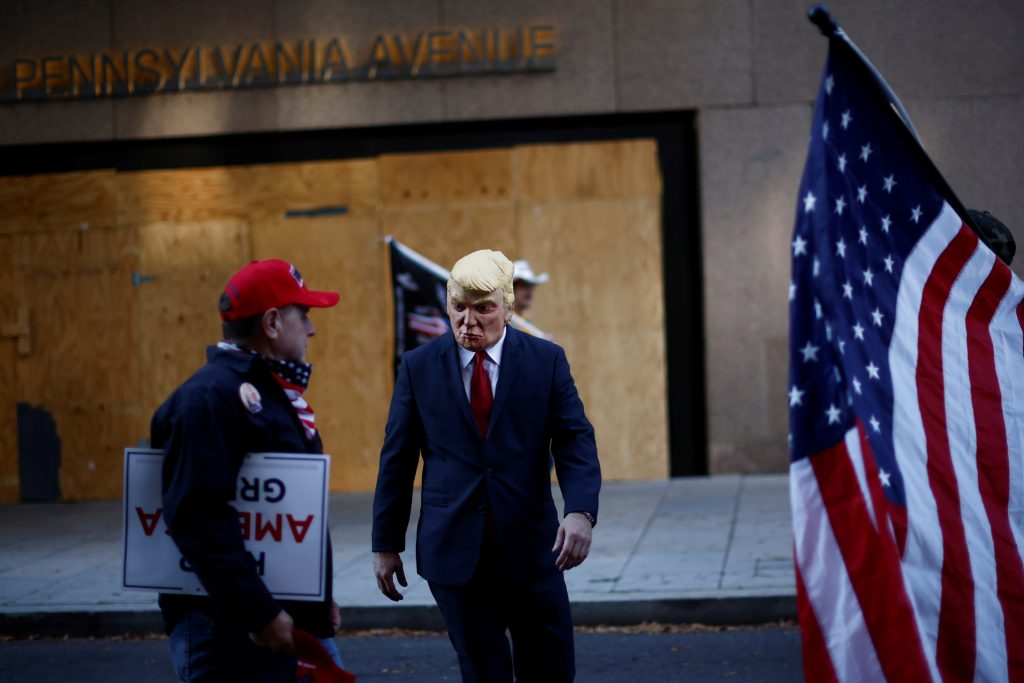 President Donald Trump on Sunday reiterated his claims that the vote was rigged and the results in favor of his Democratic rival Joe Biden weren’t real.

“He won because the Election was Rigged,” Trump tweeted.

“NO VOTE WATCHERS OR OBSERVERS allowed, vote tabulated by a Radical Left privately owned company, Dominion, with a bad reputation & [bad] equipment that couldn’t even qualify for Texas (which I won by a lot!), the Fake & Silent Media, & more!” wrote Trump.

The president added later, after some had seen this as a concession to Biden: “He only won in the eyes of the FAKE NEWS MEDIA. I concede NOTHING! We have a long way to go. This was a RIGGED ELECTION!”

According to some media counts, Biden has won 306 votes in the state-by-state Electoral College system that determines the presidential winner.

Trump’s campaign team and Republicans have also sought to press their case in court in key battleground states.

Meanwhile, Biden and Kamala Harris have moved forward with their transition efforts, including briefings on the COVID-19 outbreak.

On Saturday, tens of thousands of Trump supporters ventured into Washington to echo his claims of election fraud. The “Million MAGA March,” referring to Trump’s campaign slogan of “Make America Great Again,” drew a crowd of flag-waving supporters to downtown Washington.

“Hundreds of thousands of people showing their support in D.C. They will not stand for a Rigged and Corrupt Election!” the president wrote on Twitter.

Trump’s motorcade passed through the crowd on its way to his golf course in Virginia, producing cheers from demonstrators as the president waved from the back seat.

States are in the process of certifying their election results. The Electoral College meets to vote for the new president on Dec. 14.