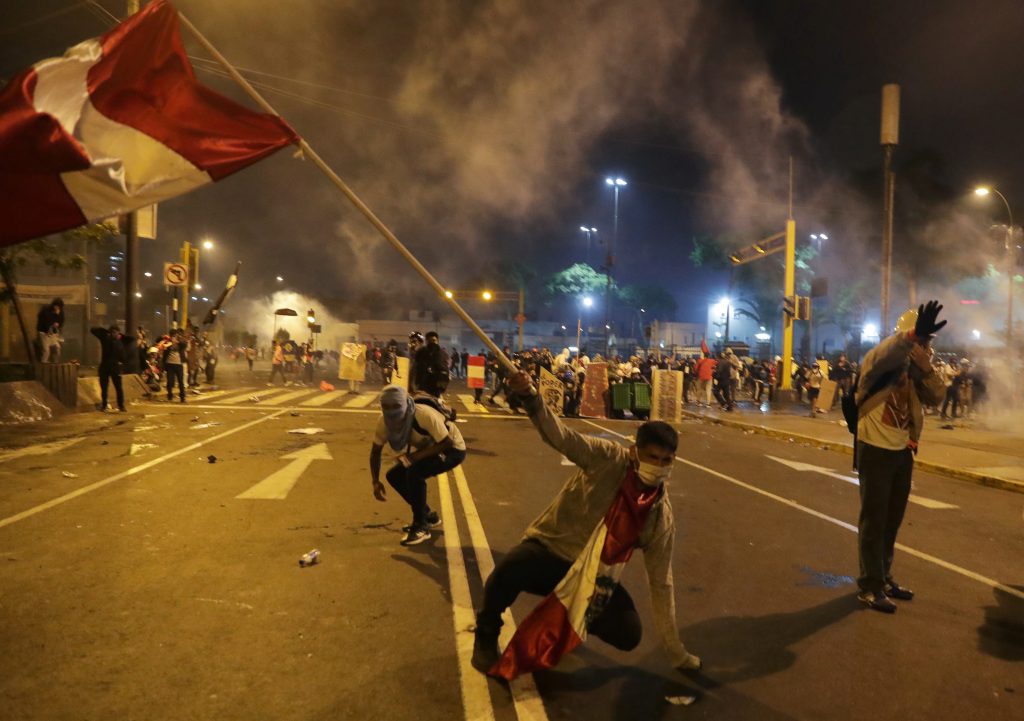 Peru’s interim president, Manuel Merino, resigned on Sunday after the country’s political parties demanded he step down or face impeachment following the deaths of two people in protests over the sudden ouster of his predecessor.

Merino had been in office for less than a week, after Peru’s Congress voted last Monday to remove Martin Vizcarra as president over bribery allegations, which he denies. Neither Merino nor Luis Valdez, head of the Congress, said who would now be named as president.

In a televised speech at midday, Merino, the former head of Congress who had led the push to impeach Vizcarra, asked his Cabinet to remain in place to assist in the transition. He said his resignation was “irrevocable” and called for “peace and unity.”

Peruvians poured onto the streets to celebrate Merino’s resignation, waving flags, chanting and banging pots. But the announcement nonetheless plunges Peru deeper into uncertainty and legal disarray as lawmakers wrestle with who will take his place.

Thousands in Peru had staged some of the country’s largest protests in decades – mostly peaceful but increasingly marred by clashes – since Congress voted to remove Vizcarra as president.

Just minutes before Merino announced he would step down, Congress president Luis Valdez said all of the country’s political parties had agreed he should resign. If he declined, Valdez said, lawmakers would launch impeachment proceedings.

The latest political shakeup comes as Peru, the world’s No. 2 copper producer, battles the coronavirus pandemic and what is expected to be its worst economic contraction in a century.

After the violence, all of Merino’s Cabinet ministers, who had been sworn in on Thursday, offered their resignations. Calls on Sunday grew for the departure of Merino, who took over last Tuesday.

The national assembly of Peru’s regional governments also released a statement demanding Merino’s resignation, saying he was “politically responsible for the acts of violence.”

Vizcarra blamed repression by Merino’s “illegal and illegitimate government” for the deaths of the two protesters overnight.

Vizcarra, a politically unaffiliated centrist who is popular with Peruvians, oversaw an anti-graft campaign that led to frequent clashes with Congress in a country that has a history of political upheaval and corruption.

The former president has yet to be found guilty of the corruption charges brought against him during the impeachment hearing prior to his ouster.