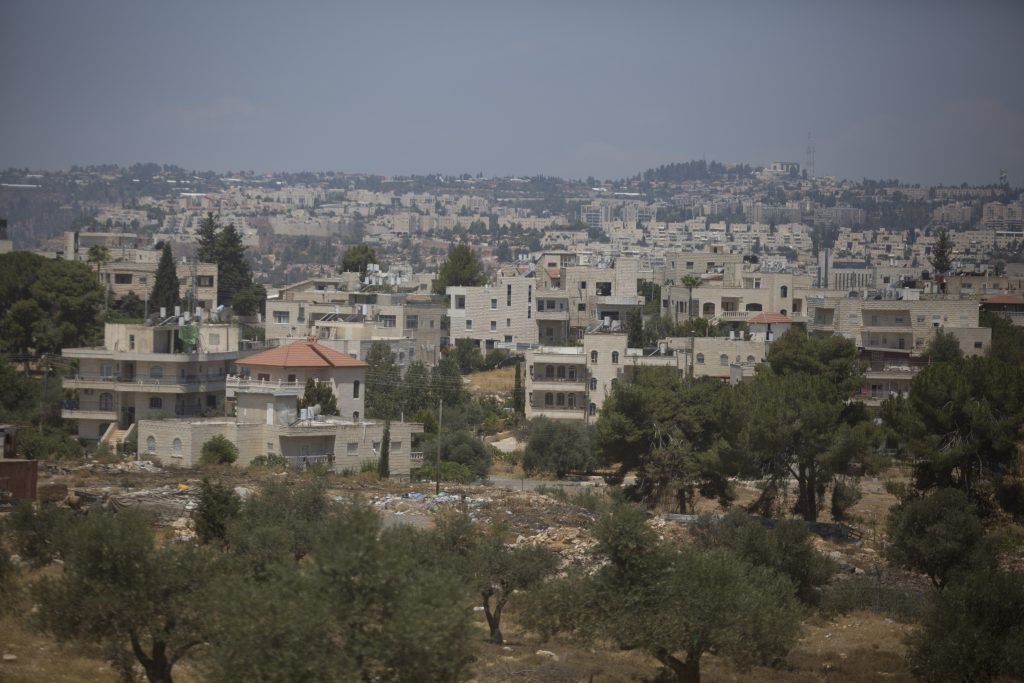 Israel’s Lands Authority published a tender for 1,257 new homes for the eastern Yerushalayim neighborhood of Givat Hamatos on Sunday, in what is likely to be the major challenge for Democratic presidential candidate Joe Biden on Israeli activity over the “Green Line.”

The right-wing and the Yesha leadership are looking to Prime Minister Binyamin Netanyahu to take steps to solidify Israel’s hold on these areas in the remaining two months of the Trump presidency.

Netanyahu had initially promised to build the Givat Hamatos neighborhood, which is important for cementing Israel’s sovereignty over eastern Yerushalayim. The projects creates a line with the nearby Jewish neighborhoods of Gilo and Har Homa.

Publication of the tender is not the final stage before project execution. The Lands Authority itself noted that the details of the project were subject to change and the tender itself could be canceled.

Netanyahu had initially promised to allow building to begin on the project during his last election campaign, in February 2020. In the aftermath of the pledge, the Lands Authority issued the permit but never published it, a move that effectively kept the project frozen.

Pledges for subsequent publications dates were never adhered to. With its publication of this tender, whose date for submission ends on January, just two days prior to the Biden inauguration, the number of units was increased from 1,077 to 1,257.

Sunday’s development comes as Secretary of State Mike Pompeo is set to travel to the region this week, where he is expected to visit an Israeli community in the Shomron — a stop previous U.S. secretaries of state have avoided. Palestinian officials, who have cut off ties with the Trump administration over its policies in favor of Israel, have denounced Pompeo’s planned visit.

After four years of Trump, whose policies were hugely favorable toward Israel, Israel may be facing a new reality under Biden, who will likely restore the previous U.S. position that viewed the Jewish communities as illegitimate and an obstacle to peace with the Palestinians.

Under previous administrations, Israel held back on building plans in the most sensitive areas, including Givat Hamatos, amid opposition by both Washington and the international community, which saw such plans as dashing hopes for a contiguous Palestinian state.