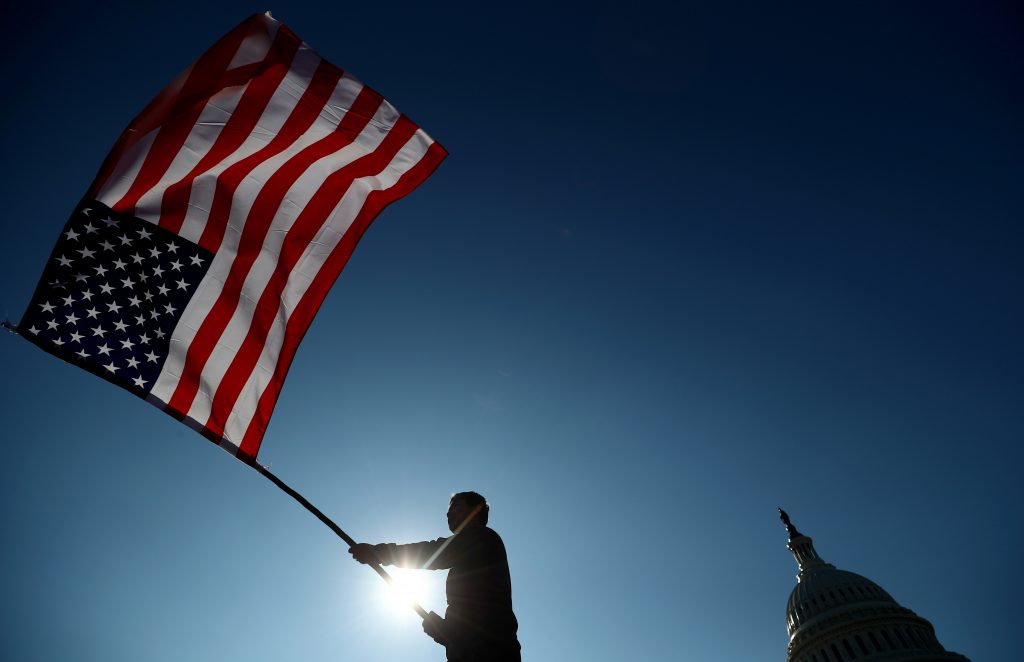 Thousands of President Donald Trump‘s supporters marched through downtown Washington on Saturday to back his  claims of election fraud as he pushes ahead with legal challenges to overturn Joe Biden’s claimed victory.

Flag-carrying Trump supporters were out in force on Saturday to complain of alleged electoral fraud. Chanting “Stop the steal!” and “We are the champions!” they streamed from Freedom Plaza near the White House to the Supreme Court building on Capitol Hill.

Trump‘s motorcade briefly drove slowly through the crowds on the way to his golf course in Sterling, Virginia. Video on social media showed Trump waving to his supporters from inside the presidential limousine.

Trump has refused to concede to Biden and claims that he was cheated by widespread election fraud.

State election officials report no serious irregularities, and several of his legal challenges have failed in court.

A Michigan state court on Friday rejected a request by Trump‘s supporters to block the certification of votes in Detroit, which went heavily in favor of Biden. And lawyers for Trump‘s campaign dropped a lawsuit in Arizona.

Federal election security officials have found no evidence that any voting system deleted, lost or changed votes, “or was in any way compromised,” two security groups said in a statement released on Thursday by the lead U.S. cybersecurity agency.

To win a second term, Trump would need to overturn Biden’s lead in at least three states.

States face a Dec. 8 deadline to certify their elections and choose electors for the Electoral College, which will officially select the new president on Dec. 14.

Trump‘s refusal to accept defeat has stalled the official transition. The federal agency that releases funding to an incoming president-elect, the General Services Administration, has yet to recognize Biden’s claims of victory, denying him access to federal office space and resources.