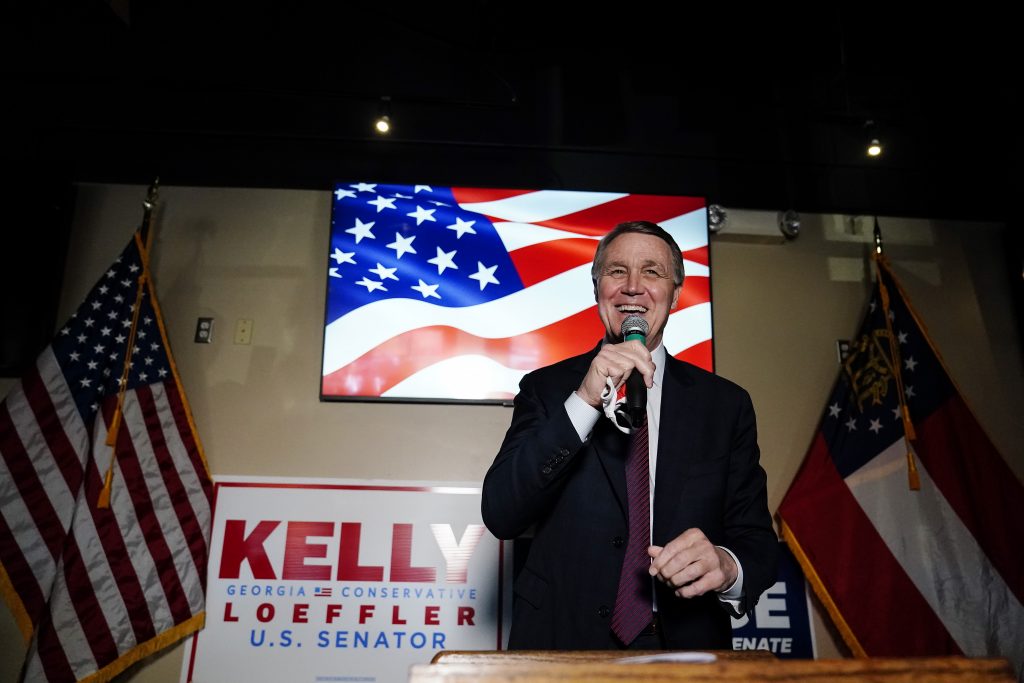 Georgia Republicans still aren’t acknowledging President-elect Joe Biden’s victory. But they are raising the specter of his incoming administration’s agenda to rally conservatives ahead of the high-stakes Jan. 5 runoffs.

At a joint event Friday, U.S. Sens. Kelly Loeffler and David Perdue promoted the same message about the battle for control of the Senate: A defeat to Jon Ossoff and Raphael Warnock in Georgia would hand the nation’s keys over to Biden and the Democrats.

“Make no mistake. We are the firewall, not just for the U.S. Senate, but for the future of our country,” said Loeffler.

It was Perdue’s first campaign appearance of the runoff cycle, and he echoed the same argument he made in the closing days of the general election campaign. The next eight weeks or so, he said, is about turning out the party’s base rather than preaching to the undecided.

The event was held shortly after several media outlets projected Biden won Georgia and its 16 electoral votes making him the first Democratic presidential candidate since 1992 to win the state.

The two Republican incumbents pleaded with voters to replicate the enthusiasm that brought them to the polls in November.

“We have to tell our friends who voted for Donald Trump — they may be disappointed,” he said. “We don’t know how that’s going to turn out yet, but we have to make sure every Republican votes in the runoff right now, regardless.”

The rally was held in the cramp confines of a restaurant in Forsyth County, one of the most important Republican strongholds in Georgia. Trump won about two-thirds of the county’s vote, though that was slightly down from the 71% he captured in 2016.

They were joined by U.S. Sen. Rick Scott, the latest big-name surrogate and potential 2024 presidential candidate to stump in Georgia. In an interview, he said Republicans will push the message that Democrats will “change all the rules” to pack the U.S. Supreme Court and adopt new regulations.

“We’ve got to get our votes out. You can have the right message and lose,” he said. “So what we have to do here is make sure voters go to the polls. You want to get them in the bank.”

Scott, a Floridian who is the next chairman of the National Republican Senatorial Committee, said the group combined with the Loeffler and Perdue campaigns to raise $32 million in about six days for the runoffs. A flood of staffers and volunteers is headed Georgia’s way.

“What the key is you’ve got to tell people what you believe is. We’ve got to go tell your story. Raise your money. Get volunteers. Get grassroots,” he said. “That’s going to happen for David and Kelly. We have so many people focused on this.”