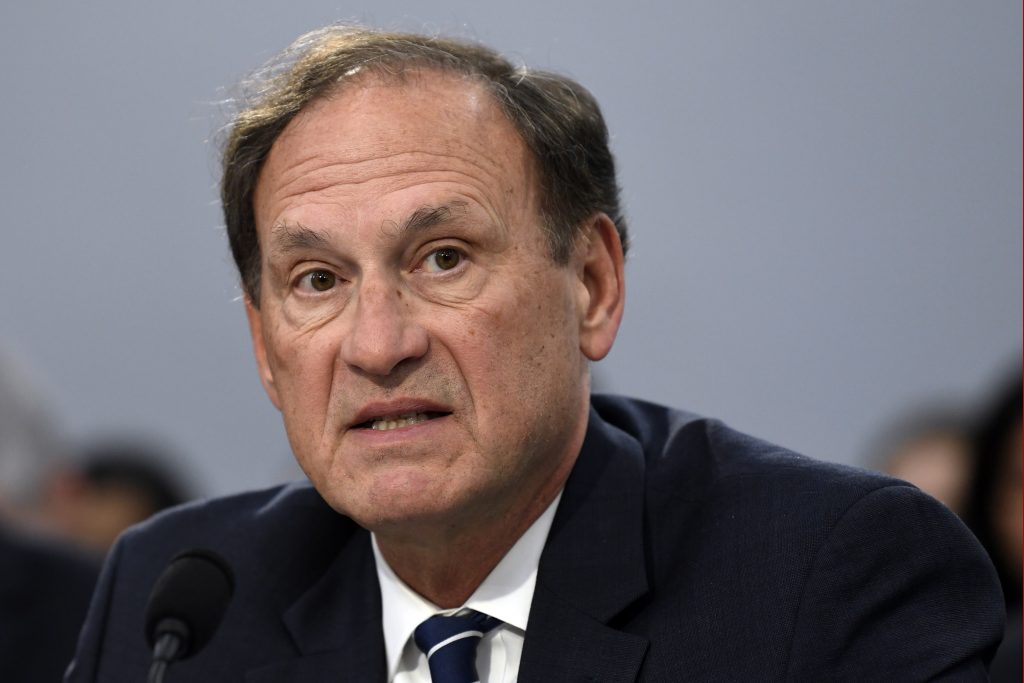 Supreme Court Justice Samuel Alito sounded an alarm about restrictions imposed because of the coronavirus pandemic, saying they shouldn’t become a “recurring feature after the pandemic has passed.”

“The pandemic has resulted in previously unimaginable restrictions on individual liberty,” Alito said in an address Thursday to the conservative Federalist Society, which is holding its annual convention virtually because of the pandemic.

Alito noted that he was “not diminishing the severity of the virus’ threat to public health” or saying anything about “whether any of these restrictions represent good public policy.” He cautioned against his words being “twisted or misunderstood.”

But he said it is an “indisputable statement of fact” that “we have never before seen restrictions as severe, extensive and prolonged as those experienced for most of 2020.”

“Whatever one may think about the COVID restrictions, we surely don’t want them to become a recurring feature after the pandemic has passed,” said Alito, who was nominated to the court by President George W. Bush.

Alito was particularly critical of two cases earlier this year where the court sided with states that, citing the coronavirus pandemic, imposed restrictions on the size of religious gatherings. In both cases, the court divided 5-4 in allowing those restrictions to continue with Chief Justice John Roberts siding with the court’s liberals.

In May, the high court rejected an emergency appeal by a California house of worship challenging attendance limits at worship services. The justices turned away a similar challenge by a Nevada house of worship in July. Alito said in both cases the restrictions had “blatantly discriminated against houses of worship” and he warned that “religious liberty is in danger of becoming a second-class right.”

Both cases came to the court before the death in September of Justice Ruth Bader Ginsburg. The liberal justice’s replacement by conservative Justice Amy Coney Barrett could change how the court might come out on similar cases in the future. Currently before the court is a case involving the Catholic church and limits on in-person services in New York.