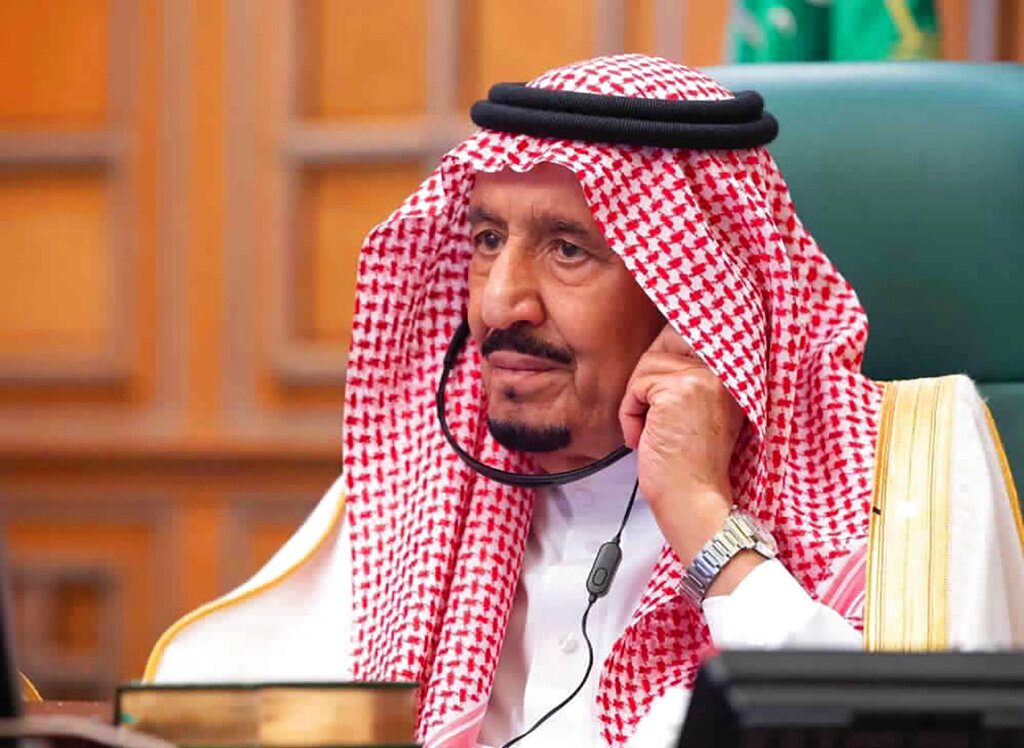 The speech, which outlined the country’s policy priorities and achievements, was delivered virtually by the 82-year-old monarch to the advisory Shura Council in the presence of de-facto leader, Crown Prince Mohammed bin Salman.

On foreign policy, he stressed that threats from Iran remain a top concern. He accused Iran of supporting terrorism and fueling sectarianism in the region.

The king stressed the necessity of “finding a radical solution to ensure Iran does not acquire weapons of mass destruction.”

“Saudi Arabia affirms the danger of the Iranian regime’s regional project,” he said.

The kingdom is at war with Iranian-backed Houthi fighters in Yemen. The conflict has killed thousands and created the world’s worst humanitarian disaster.

During his presidency, Trump blocked a Congressional effort to end U.S. military assistance in Saudi Arabia’s war in Yemen and defended the Saudi crown prince in the face of scathing criticism over the killing of writer Jamal Khashoggi by Saudi agents in late 2018.

A full day after statements began pouring in from world leaders, the king and Crown Prince Mohammed congratulated Biden on his election win in separate cables late Sunday, noting the “deep historical relations” that exist between the two nations.

In his remarks, King Salman also reaffirmed his support for an independent Palestinian state with east Yerushalayim as its capital, though he also welcomed efforts aimed at bringing an end to the decades-long conflict. He spoke as neighboring UAE and Bahrain are normalizing relations with Israel in moves condemned by the Palestinians.

Domestically, Saudi Arabia is in midst of economic recession this year due to the pandemic.

Saudi Arabia’s main source of revenue — its oil exports — have plunged significantly due to a drop in crude prices. The government projects the gap between spending and revenue to reach $79.5 billion this year.

“The kingdom has worked and is still working to ensure the stability of oil supplies to the world in a way that serves producers and consumers alike … despite the coronavirus pandemic and its repercussions on global oil markets,” King Salman said.

He praised the country’s for its presidency this year of the Group of 20 nations that represent the world’s wealthiest countries, a point of pride the kingdom has stressed repeatedly. Saudi Arabia will host leaders of the G-20 later this month for a virtual summit that is expected to focus heavily on global efforts to fight the coronavirus.

The king also thanked the Saudi public for adhering to instructions and mask mandates to curb the spread of the virus as new confirmed cases there have gone down in past weeks. He noted the government has spent $70 billion this year, in part to boost health care and help cover private sector wages. The government is covering all virus-related medical costs for residents of Saudi Arabia, including those in the country illegally.

Some 10.6 million lower income Saudi citizens also rely on monthly cash assistance from the government’s so-called “Citizen’s Account.” The average monthly support for a family is around 1,050 riyals, or $280.