World Sudan Braces for Up to 200,000 Fleeing Ethiopia Fighting
World 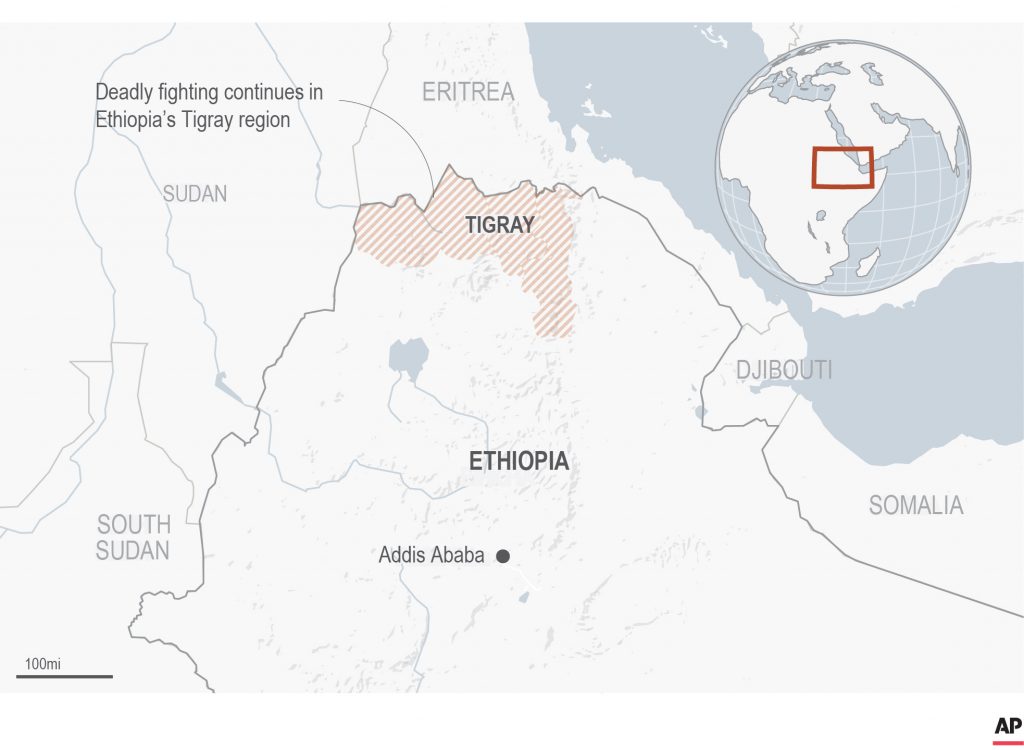 Up to 200,000 refugees could pour into Sudan while fleeing the deadly conflict in Ethiopia’s northern Tigray region, officials say, while the first details are emerging of largely cut-off civilians under growing strain. Already at least 6,000 people have crossed the border.

Long lines have appeared outside bread shops in the Tigray region, and supply-laden trucks are stranded at its borders, the United Nations humanitarian chief in the country told The Associated Press in an interview.

“We want to have humanitarian access as soon as possible,” Sajjad Mohammad Sajid said. “Fuel and food are needed urgently.” Up to two million people in Tigray have a “very, very difficult time,” he said late Tuesday, including hundreds of thousands of displaced people.

Communications remain almost completely severed with the Tigray region a week after Ethiopia’s Nobel Peace Prize-winning Prime Minister Abiy Ahmed announced a military offensive in response to an alleged attack by regional forces. He insists there will be no negotiations with a regional government he considers illegal until its ruling “clique” is arrested and its well-stocked arsenal is destroyed.

Britain and the African Union have urged Abiy for an immediate de-escalation as the conflict threatens to destabilize the strategic but vulnerable Horn of Africa region. The United States did not immediately give details on any outreach.

The standoff leaves nearly 900 aid workers in the Tigray region from the U.N. and other groups struggling to contact the outside world with pleas for help. “Nine U.N. agencies, almost 20 NGOs, all depending on two offices” with the means to communicate, Sajid said.

In addition, more than 1,000 people of different nationalities are stuck in the region, he said. That includes tourists. Countries are urgently seeking their evacuation.

There is no sign of a lull in the fighting that has included multiple airstrikes by federal forces and hundreds of people reported dead on each side.

“It looks like, unfortunately, this may not be something which can be resolved by any party in a week or two,” Sajid said. “It looks like it’s going to be a protracted conflict, which is a huge concern from the point of view of protection of civilians.”

Ethiopia’s federal government and Tigray’s regional government, the Tigray People’s Liberation Front, blame each other for starting the conflict. Each regards the other as illegal. The TPLF dominated Ethiopia’s ruling coalition for years before Abiy came to office in 2018 but has since broken away while accusing the prime minister’s administration of targeting and marginalizing its officials.

It remains difficult for diplomats, experts and others to verify either side’s claims about the fighting. And now some Ethiopian journalists are being arrested, the Ethiopian Human Rights Commission said, calling it a “worrying development” amid fears that ethnic Tigrayans could be targeted. Abiy has warned against ethnic profiling.

Experts have compared this to an inter-state conflict, with each side heavily armed and well-trained. The Tigray region has an estimated quarter-million various armed fighters, and of the Ethiopian military’s six mechanized divisions, four are based in Tigray. That’s a legacy of Ethiopia’s long border war with Eritrea, which made peace after Abiy came to power but remains at bitter odds with the TPLF.

The Tigray president on Tuesday accused Eritrea of attacking his region at the request of Ethiopia, saying that “the war has now progressed to a different stage.” Eritrean officials have not responded to requests for comment.

Under growing pressure, at least 6,000 Ethiopian refugees have crossed the now-closed border into Sudan, the state-run SUNA news agency there reported late Tuesday. The agency, citing unidentified officials, said that over 200,000 Ethiopians were expected to cross into Sudan in the coming days.