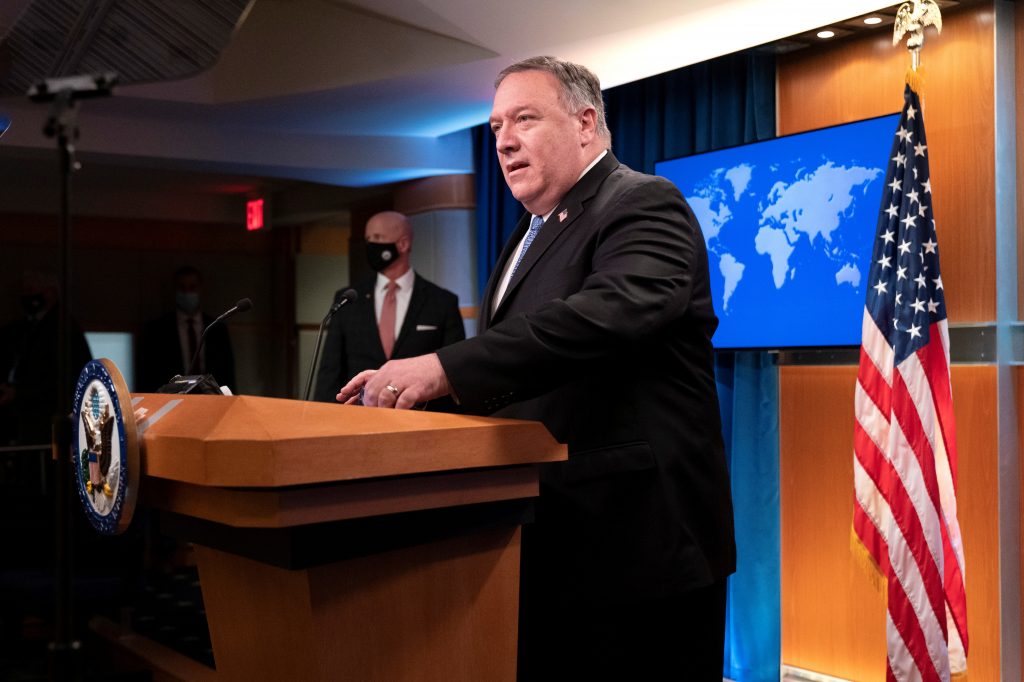 Secretary of State Mike Pompeo called Tuesday for the immediate and unconditional release of Levi Salem Musa Marhabi, a Yemeni Jew who is being held by Iranian-backed Houthi militia in Yemen.

In a statement issued by the State Department, Pompeo said that the United States “stands with the Yemeni Jewish community” in calling for Marhabi’s release.

“Mr. Marhabi has been wrongfully detained by the Houthi militia for four years, despite a court ordering his release in September 2019,” Pompeo said. “His health continues to deteriorate as he languishes in a Sana’a prison, where the threat of contracting COVID-19 is a real possibility.

“Mr. Marhabi is one member of an ever-shrinking community of Yemeni Jews, who have been an important part of Yemen’s diverse social fabric for thousands of years. We call on the Houthis to respect religious freedom, stop oppressing Yemen’s Jewish population, and immediately release Levi Salem Musa Marhabi.”