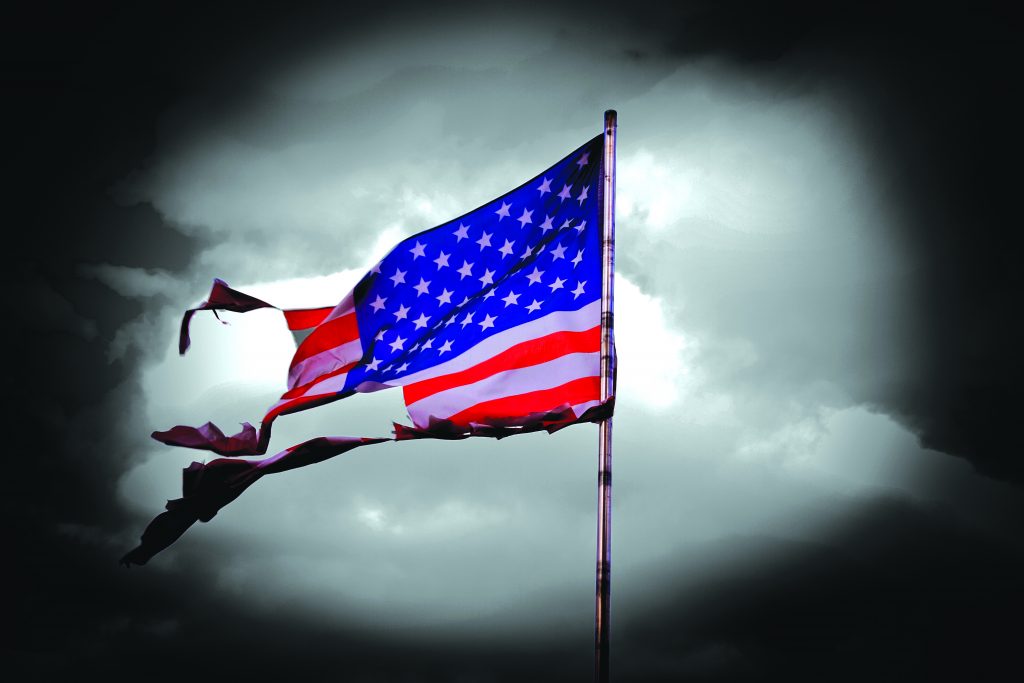 Yesterday on the way to work I overheard a very cute little girl asking her father a question.

“Daddy, is an election like a zoo?” she wanted to know.

“Yes,” her father admitted. “It sure sounds like that sometimes, but at the end, it usually gets quiet.”

We don’t know when and if it will get quiet, but what does seem clear as of now is that describing this election as a zoo would be too complimentary. A more appropriate term to use would be “jungle.”

The current situation is a powerful reminder of the words of Chazal, “Be mispallel for the welfare of the government, because if people did not fear it, a person would swallow his fellow alive.”

Joe Biden reportedly won a clear majority of the popular vote and, barring a court-ordered reversal, appears to have received sufficient electoral votes to become the 46th President of the United States. Provided that these results survive the various legal challenges, we congratulate him on his victory and wish him much success in leading the country at a time of great challenge. As a Senator and Vice President, Mr. Biden had a strong working relationship with the Jewish community, and we expect this to continue.

At the same time, a victory eked out by a moderate like Mr. Biden should not be misinterpreted for what it is not. The results of this election were a clear defeat for the progressive policies being promoted by more extreme liberal wings of the Democratic Party.

It is too early to tell which party will control the U.S. Senate. That result will likely need to wait until the results are in from two runoffs in Georgia. But contrary to what had been widely expected, the blue wave never materialized in Senate races across the country. And it seems likely that the GOP will retain control. What we do know is that, instead of picking up more House seats, the Democratic majority in Congress shrank. There is a very valid reason for this, and it is the same reason why so many of the individuals who cast votes for Mr. Biden as President dissociated themselves from the progressive agenda of the radical left.

As Mr. Biden makes overtures to the supporters of President Trump, it would be beneficial for him to also listen to the voices of his own supporters.

No matter how slim his chances may be, President Trump has every right to use the judicial system to try to challenge the apparent results. His loyal supporters and the public at large are entitled to know that every legal avenue was exhausted before his conceding defeat.

Regardless of where the court battles lead us, President Trump deserves our gratitude for breaking the glass ceiling of a politically correct Washington, D.C., and making some remarkable achievements in the process.

Thank you, Mr. President, for your impressive accomplishments in building the U.S. economy and for being such a stalwart fighter for religious liberties. Thank you for your extraordinary friendship with Israel and your unprecedented achievements in bringing peace to the Middle East. Thank you for the crushing sanctions you placed on Iran as part of your efforts to prevent that terrorist entity from becoming a nuclear power.

Among the other losers in this debacle are the leaders of the Democrats in the House and Senate, respectively, whose considerable political skills fell far short of expectations on Election Day. They lost because of a backlash among those who traditionally voted for Democratic candidates, who were repulsed by the mayhem and destruction caused by rioters and looters. Fearful of what the future would bring and sensing that the priorities and policies of Democratic candidates were out of touch with their needs and concerns, these voters either crossed the political divide to vote Republican or stayed home.

The Democratic leadership stalled legislation in the hope of defeating the Republican party, thereby harming not the Republicans but the citizens of the U.S.A.

Another loser is the mainstream media. For the last four years they have allowed their personal biases to interfere with accurate news reporting, and therefore, again, their predictions missed the mark. Hard as it may be, good journalism demands an attempt at objectivity to the extent humanly possible. Anything less undermines our democratic ideal of freedom of the press.

Mainstream media, both liberal and conservative, have left journalistic integrity in tatters and want all of us to live with it. We at Hamodia — which is a media entity with very different values — can attest how challenging it is to live in this neighborhood. This is the toughest test that we have experienced since our inception as a publication. But with Hashem’s help, we have no plans to compromise our standards.

Last but not least, it is not a secret that many in our community supported President Trump, and they are deeply worried about the future. It is also not a secret that Election Day — a day that is supposed to be a symbol of democracy — turned out to be a day of fear, with locked shops and boarded-up storefronts.

We took many things for granted in our pre-COVID life and may not have learned the lessons of this pandemic. Among the things we took for granted were the Trump administration and the friendship it showed us.

Let us wake up, fellow Jews, and open our hearts and minds to the reality that our fate is not in our hands, nor in the hands of any mortal ruler. There is a Mamlich Melachim — a King Who coronates kings — and His alone is the true Kingdom.